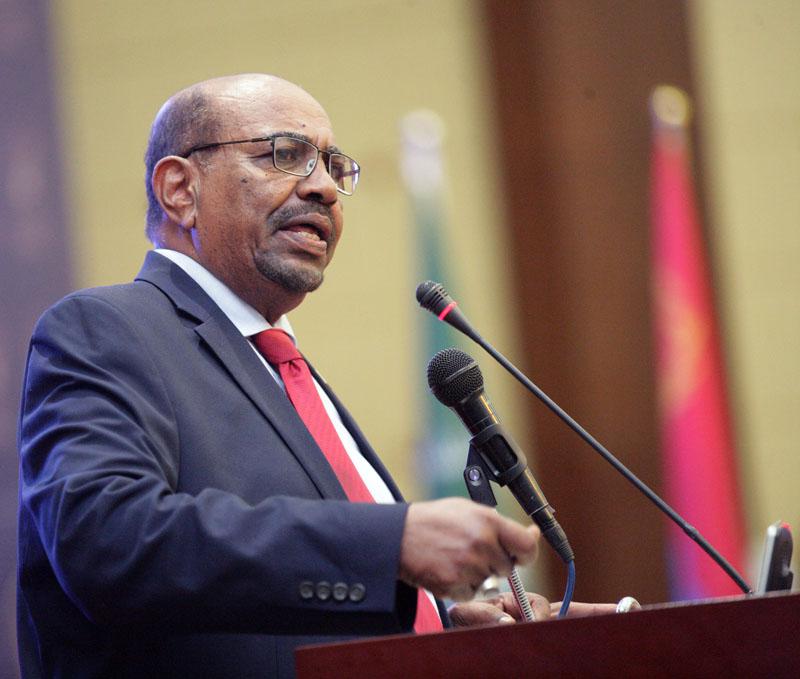 Juba, Oct. 31 (SUNA) – President of the Republic, Field Marshal Omer Al-Bashir, has affirmed his support to implementation of South Sudan peace agreement for ending the war and return of the refugees and displaced people.

In his address to the celebration of South Sudan peace agreement at the Freedom Square in Juba Wednesday, President Al-Bashir has called for uniting efforts in the coming stage for implementing the peace agreement on the ground, removing the impacts of war and realizing reconciliation and unity for ensuring stability and security.

He called for guaranteeing the freedom of movement in the South Sudan State and that all people are equal in duties and responsibilities and the rule of law.

President Al-Bashir has reiterated Sudan keenness to stand alongside South Sudan State until the achievement of peace and stability, indicating that all Sudan experiences and expertise will be at the disposal of South Sudan until the realization of security and peace and the return of refugees and displaced persons.

He referred to his moral responsibility towards the people of the South as he was the president of the united Sudan and that the comprehensive peace agreement was signed and the referendum of South Sudan was held during his presidency, adding that Sudan was the first country to recognize South Sudan State and to open its embassy in Juba.