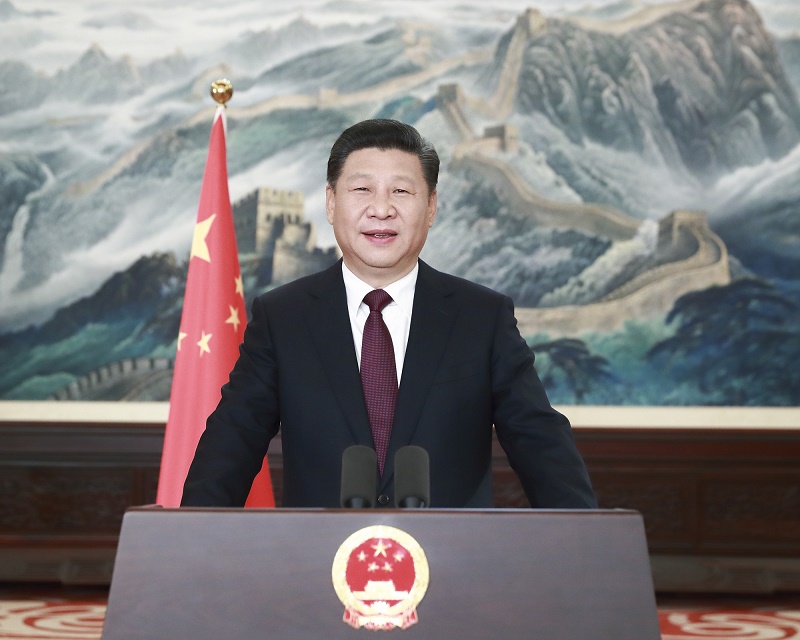 In his keynote speech at the opening ceremony of the first China International Import Expo, in Shanghai, Xi introduced China's plan to boost economic openness and called on the world to promote free trade and facilitate investment.

Xi predicted that China's imports of goods and services would exceed $30 trillion and $10 trillion, respectively, in the next 15 years, in step with the increasing demand of Chinese people in pursuing a better life.

China's initiative to expand imports is not the spur of the moment, but a long-term plan to embrace the world and the future while promoting common development, Xi said. Buisiness people around the world are welcome to share the development opportunities of the market in China, which has a huge population of 1.3 billion, Xi added.

China is taking solid steps to expand financial opening-up, continue to advance opening-up in the service sector and deepen opening-up in agriculture, mining and manufacturing. The country also will accelerate the opening-up process in sectors including telecommunications, education, medical treatment and culture, Xi said.

He described the economic globalization as an irreversible historical trend that provides strong momentum for world economic development.

Xi said a fully optimistic attitude is justified toward the prospects of China's economic development despite the challenges of rising uncertainties and some companies' business difficulties.

"The Chinese economy is not a pond, but an ocean," Xi said, and heavy winds and storms "may upset a pond, but never an ocean".

The world is facing the challenge of rising anti-globalization, Xi said, adding that all countries need to acknowledge that openness and collaboration are the engines of global growth and vitality.

Xi proposed that all countries push back against protectionism and unilateralism to build a more connected, fair, transparent and inclusive world economy.

Xi said that the measures he announced in April to relax market access have been implemented. China has further simplified the negative list for foreign investment, reduced investment limits and lifted the level of free investment.

Xi introduced China's planned measures to fully leverage Shanghai's role in opening-up, including setting up new districts of the China (Shanghai) Pilot Free Trade Zone and launching a science and technology innovation board at the Shanghai Stock Exchange.

The expo shows China's innovative ideas and actions to support the multilateral trading system and promote free trade, Xi said. Before the opening ceremony, he met with foreign entrepreneurs and said that China will continue to provide a good environment for global investors.