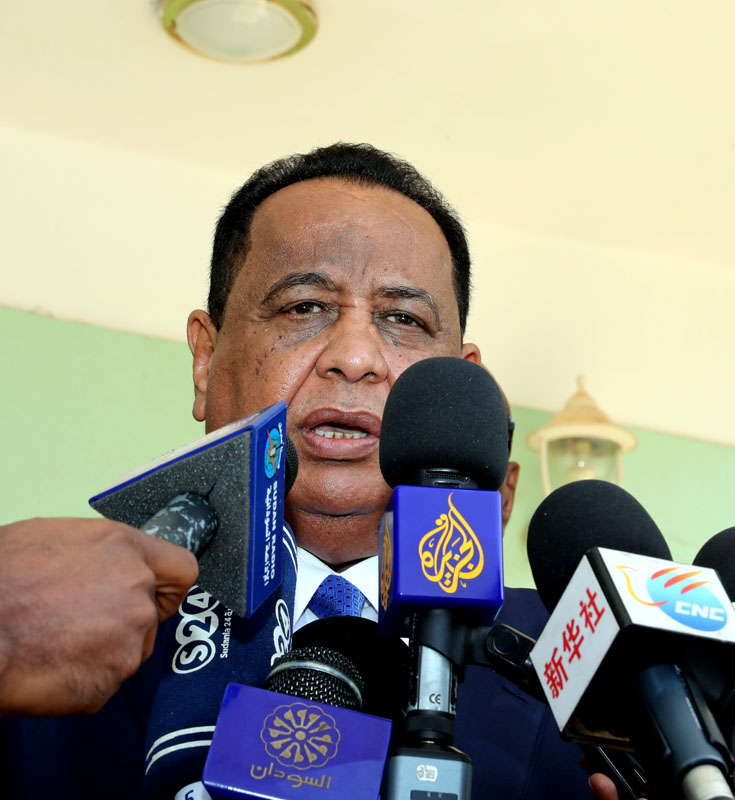 Khartoum, April.18 (SUNA) - The National Assembly chaired by the Deputy Speaker, Ahmed Mohammed dam approved, Wednesday. The Foreign Ministry statement on the foreign policy developments presented by the FM, Prof. Ibrahim Ghandour . Prof. Ghandour has lauded the role being played by the parliamentary diplomacy in realization of the objectives of the foreign policy, adding that the success of the National Dialogue made major breakthrough in foreign relations and strengthened the will of the international community to support peace, security and stability in the country . "The international atmosphere in which we work, is characterized by many transformations, complications and surprises, for this reason, we must use all elements of national forces" He stressed . The minister underlined that the economic security, with all its components, should top the list of the foreign policy, because it's a genuine part of the comprehensive national security, specially, what concerning food and water security, attraction and direction of investments, settlement of foreign debts and the integration in the international and regional economy . He indicated that lifting of Sudan's name from the list of the countries sponsoring terrorism tops the agenda of the second phase of the Sudan-US dialogue scheduled to be kicked off shortly . Prof. Ghandour said in the statement that the period from mid-2017 to the first quarter of this year witnessed intensive diplomatic movement on the African continent, represented in a number of presidential and ministerial visits, bilateral talks and political consultation committees . He pointed out that many consular problems have been resolved with Egypt, adding that a number of citizens of the two countries have been exchanged and 256 citizens who were detained inside the Halayib Triangle have been released, adding that three other Sudanese nationals have been released . IF/IF