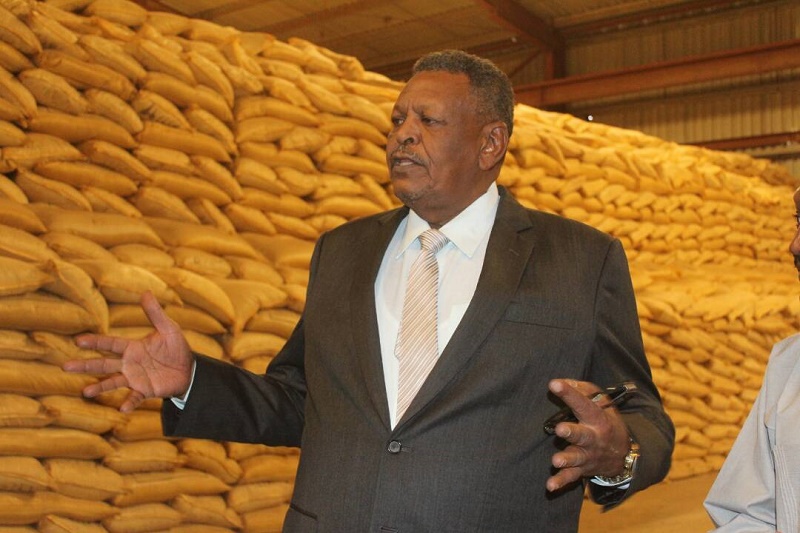 Khartoum, Apr.16(SUNA)- The First Vice-President of the Republic and National Prime Minister, Lt. Gen Bakri Hassan Salih , on Monday paid a surprise visit to storages of Kenana Sugar Company and the Sudanese Sugar Company where he was assured of quantities of sugar produced in the Country. The First Vice-President was accompanied by heads of ministerial sectors and Ministers of Finance and Economic Planning , Trade, Industry and Council of Ministers. Minister of Finance , Dr Mohamed Al-Rekabi said in press statements that the existing quantities of sugar and that it would be imported would be sufficient for consumption till beginning of the next year. He said quantities of sugar in storages of national companies would provided through low-price centers in the capital and the states , and cooperative societies to stabilize and decrease the sugar price. Minister of Trade, Hatem Al-Sir , for his part, said quantities of sugar would be distributed through official channels to stabilize prices of the goods , referring to provision of sugar . State Minister for Industry, Dr Abdou Dawood said the visit of the Fifrst Vice-President his accompanied delegation to national factories storages of sugar came to get assured of quantities of sugar which have been produced and preparedness for the new season, stressing that the production this year was higher than the previous one. He announced the Ministry would introduce more than two million sacks for market within coming two days. The Acting Managing Director of Kenana Sugar Company, Yahya Mohamed Yousif, revealed that the Company has in its storages two million 50kg-bags of sugar and 500 thousands bags of sugar of 10kg. He said the Company plans to produce 6 millions and 400 thousands bags of sugar this year . Director of Sudanese Sugar Company, Al-Misbah Ahmed Ali , said the Company has stockpiles of three million bags of sugar and 153, 629 tons in the Company storages in the states. Chairman of the Sudanese Workers Trade Union Federation (SWTUF), Engineer Yousif Ali Abdul-Karim stated that the SWTUF would distribute 745,000 bags of sugar at reasonable price for workers across the country within the coming period. Sa/sa ة.