Ministry of interior directs to register the foreigners in the country 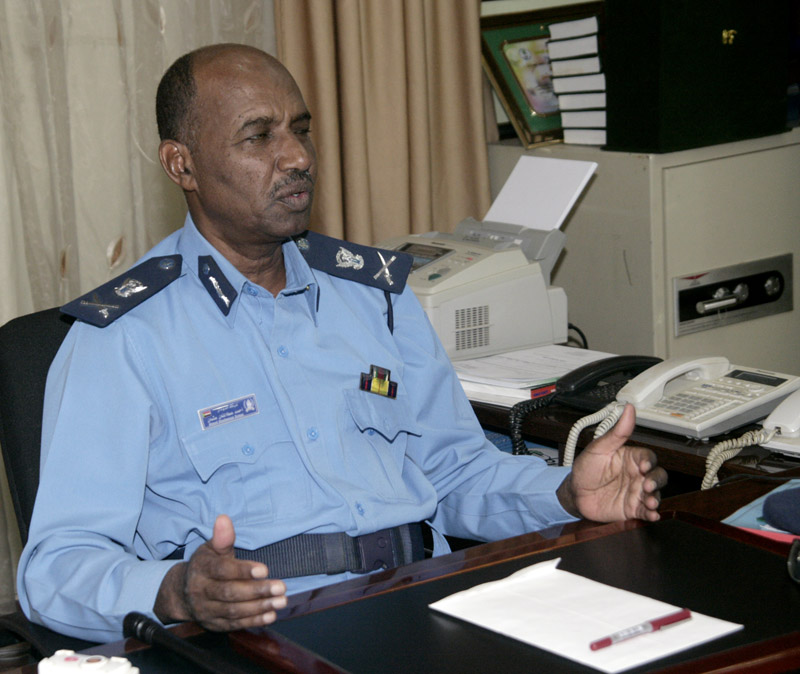 Khartoum-8-2-2012 (SUNA)- The ministry of Interior represented in the General Administration of Passports and Immigration target to register the illegal foreigner existence in the states through the public committees in the quarters and to coordinate with the concerned bodies in field of reviewing the laws and legislations ,that related to passports and immigration and adjust it to correspond with the new alterations addition to discuss the illegal foreigner inrush in the country, that affected socially, economically and politically on the Sudanese society. SUNA interviewed the Director of the General Administration of Passports and Immigration, Major General Ahmad Ataa Al-manan, on the ministry preparations regarding methods of control the foreigner existence in the country.The arrangements came in frame of accomplishing the directions of the first Vic-president to register the foreigner existence and to control the illegal inrush of the foreigners in the state, said Gen. Al-manan and explained that the project of Civil Record began in ending of the last year and launched in the last weeks in the states, where it began with the state of north Kurd fan. The project include addition to register the Sudanese citizens and given them the national number , will give those foreigners who current existing in the country, a special national number after register Q: What about the legislations of control the foreigner existence in the country ? A: We exerted great efforts with the concerned parts to review the laws of immigration and labor and the methods of promote it to adjust with the foreigner inrushes toward the country. Besides we directed the states to modify its legislations and to control the borders stations. Q: Would you excluded some foreigners to their countries ? A: yes we excluded great numbers of foreigners who accused in criminal events . They have been punished and excluded to their countries. Q: How you will deal with the southern people who currently existing after ending the period of adjustment the situation in next of 8 April . A: According to the law those people lost the Sudanese identity , thus after ending these period , they should directly modify their situation . we will treat them according to the immigration and the foreigner existence laws . But due to the specific situation of the southern brothers , it had been agreed on borders stations between the two countries, which will include concerned bodies from the administrations of passports and custom authorities to facilitate the movements of the people through the official windows. Q: What is the ministry's plan to print the new electronic passport? A: Now the new electronic passport in the second stage of modification after the notices, that we received from the embassies. We work now to treat these notices and then we will start on a plan of issuing the new passport in the offices of the states according to the readiness of each state. Currently the state of Khartoum issue the new passport, but the validity of the former passport will continue till it end automatically with spreading the new passport. Major General, Atta al- manan calls all media to contribute in enlightening the citizen and aware him with the risks of housing or employing the illegal foreigner labor. BF