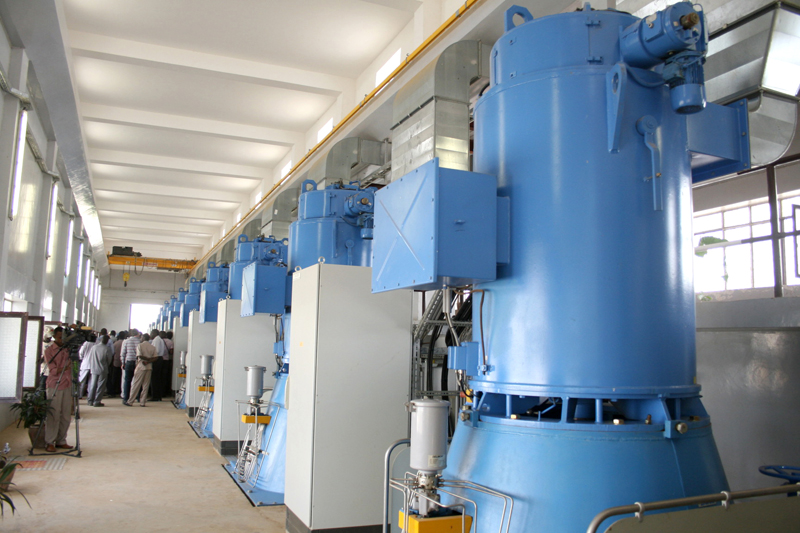 Khartoum-10-7-2012-(SUNA)- Within beginning work in the White Nile Sugar Factory the country will reach to self-sufficiency in Sugar commodity within two years. The total capacity of the factory estimates of 450.000 tons represent an additional support to producing sugar in the country. Addition to the related projects of promoting agriculture, developing the villages in the White Nile State and providing new jobs opportunities . Q: what about the preparations of inaugurating the factory? A : The White Nile Sugar Factory is one of the most important projects of supporting the national economy and it is a vital development scheme which established recently to produce sugar in world. All preparations of inaugurating was finished to open the factory tomorrow and the stages of work are ready while the production is beginning actually. Q: What are the participant countries in the opening ceremony? A: We invited all participants who supported us to establish the factory in the Saudi Arabia , Kuwait and other Arab Countries. Also the invitation was presented to the directors of the Arabic Funds, The Islamic Development Bank who contributed in finance the project. Besides many officials in the government and in particular in the White Nile State and neighboring regions will attend these national ceremony and supervised by the President of Republic Omar Al- Bashier. . Q: Explain us the design capacity of the factory? ِ A: Now the designed capacities of the factory are 450 .000 tons and available to increase to 700.000 tons in future , while in 2014 the designed capacities of the factory will accomplished The factory begins the production in 2012 with 225.000 tons and increase to 250.000 tons in 2013 . The factory will complete its designed capacities in 2014. Production of the factory delayed for two years because of the uncompleted agricultural lands, which now was prepared according to scientific methods. .Q: what are the benefits of this factory to the local labor in the region? A: Of 'course the factory will employ huge numbers of permanent and partial workers in field of industry and agriculture where the priority of jobs are for the citizens from the White Nile State, while they had given additional (10) markers in jobs interviews . Even before that , the factory had provided many social services to the people in the region as building the schools, hospitals, water nets and rehabilitant many public utilities. Above that the factory provided 42.000 fedden for the farmers on free irrigation for many years what will change the economic systems and enabled them to produce all cash crops as oil seeds and other necessary crops. Q: What about the other projects that relate to the factory ? A: The specification of this factory is its technology begin where the others stopped. The new factory has the technique of green harvest , that reap more than 100.000 tons of sugar cane remnants to use it as valued fodders for animal wealth The factory is a friend to the environment as it produces electricity and achieved self-sufficiency of power 100% and sell an energy of 50 Megawatt to the national net. Also the finance was provided to the project of Ethanol , that produces 50 million Litter yearly from remnants of sugar. And we targeted to provide the funds to manufacture the concentrated fodders to produce 100.000 tons in the first stage and will increase in future to 500.000 tons. There is a big chance to produce the white and red meats addition to the associated industries and this is the specification of the big industries, which drove with it many industries considered the economy incentives. Q: Tell us about the factory contributions in supporting the national economy and realize the self sufficiency? A: After finishing the designed capacity of the factory in 2014 we will reach to a production estimates of one million and 200.000 tons of sugar and this will fill our current needs now, but the consuming may increase during the next years. Also there are another factories in the way of implementation addition we seek to increase the production capacity of the current factories and aim also to promote its associated industries to contribute actively in supporting the national economy. On conclusion the minister of industry asserted that Sudan owns the capacities in field of technology to create great achievements and to surpass all impediments through the strong will of the Sudanese citizens. BF