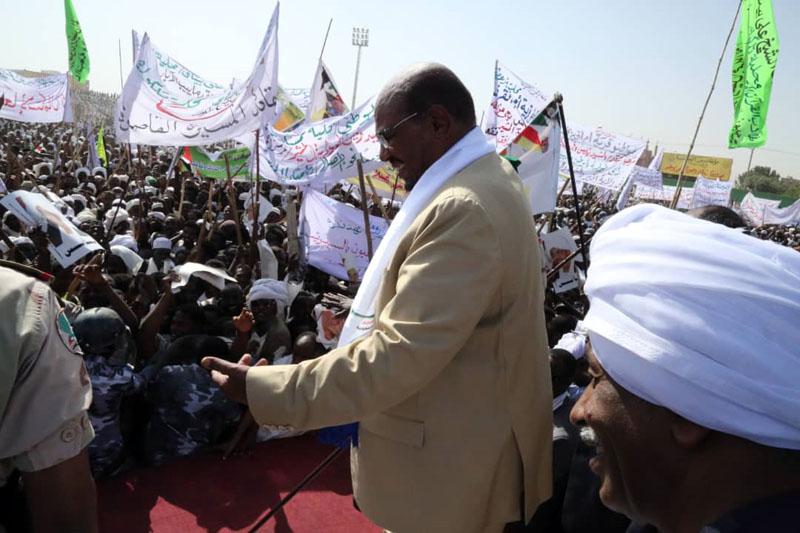 Kassala, Jan. 31 (SUNA) – President of the Republic, Field Marshal Omer Al-Bashir, pointed out that the Kassala people's initiative to support the Armed Forces during the 1990s was the first People’s support to the army, praising the community initiatives of the Kassala State’s people.

At a gathering with the leaders of the parties and political forces in Kassala State at Emir Osman Digna Hall Thursday, President Al-Bashir has affirmed Sudan ability to confront all conspiracies being woven against the country, indicating that Sudan has remained under unfair blockade during a period of 21 years.

He said that the forces that worked to separate the south have aimed to deprive the country of oil revenues in order to weaken the national economy, stressing that Sudan with vast human and natural resources is capable to surpass these challenges.

President Al-Bashir said that the Communist Party which speaks about the freedoms and muzzling of mouths was allowed to convene its general conference at the Friendship Hall and to practice its political activity even though it does not believe in the freedoms in its literature, referring to the experiences of the Communist and the Baath parties in a number of countries that they have ruled.

He reiterated the government commitment to dialogue as a means to solve all political problems, calling on everyone to engage in the process of dialogue and national building.