Distinctive policies of cultivating Cotton to restore its vital position in the national economy. 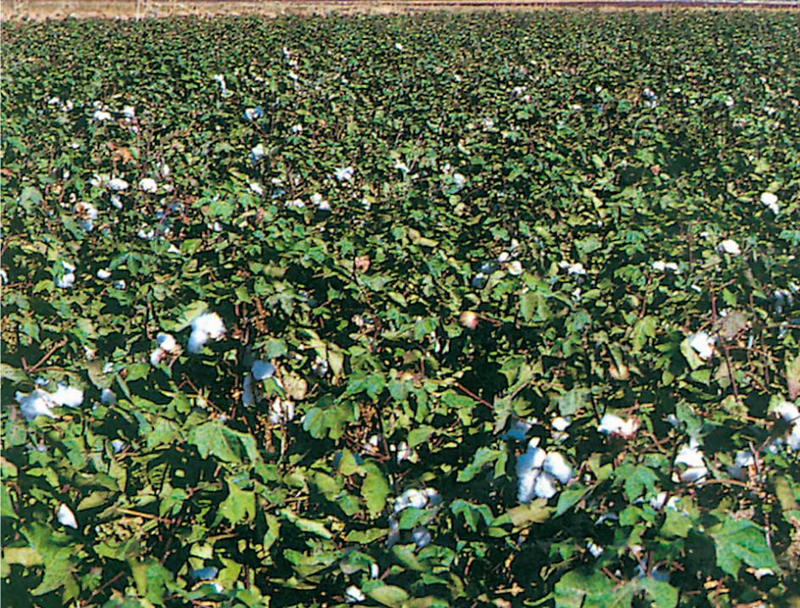 Khartoum-9-2-2012-(SUNA)- Within the state plan to create alternative commodities to oil exports, which expected to lose(36.5%) of them, the government adopted a strategy to put an attractive policies of cotton cultivation, what will support to restore its specific position. The concerned bodies are preparing to execute these policies, particular the cotton crop achieve great revenues of hard currency to the national economy, according a report issued by the Sudan Company Cotton" SCC". Republic President Omar Al-bashier declared in a TV interview that the prices of Cotton had raised internationally. Besides the success of the Sudanese experiences in producing high quality and resistant to pests examples of cotton had encouraged the farmers to restore the interest of cultivating cotton addition it have three benefits, more revenues of hard currencies , producing cooking oil from cotton seeds and producing animal fodders from residue of cotton seeds . The SCC plants to cultivate 800.000 feddan in the season 2012-2013, while the cultivated areas was 40,000 feddan in the current season and it will increase to one million and 2 hundreds feddan in the next season, informed the report. The received quantities of average - staple in the centers were exceeded 248654 sack, stated a declaration issued by SCC and added that the operations of cotton ginning continue smoothly. The report confirmed that SCC facilitated the advances of collecting cotton in all financed projects and visited the stations and different collecting centers. Operations of marketing the seed of cotton were began for delivering to the different mills according to the announced preparation, addition the company continued its support to the Board of Researches and agriculture Technology, which contributes in promoting the quality and quantity of cotton crop, explained the report and pointed that the direct- sales process of cotton from the farmers are proceeding successfully. The Sudan Cotton Company estimated that income of exports cotton are about 700 million US dollar from the total area of 400 feddan and financed by the company. It is to recalled that, the Sudanese Cotton specified with high quality and international reputation . while the famous big factories in Britain, French, West Europe states, China, East Asia states and Japan depended on the Sudanese Cotton . The cotton crop registered the first stage in the Sudanese exports before appearance the oil in Sudan during the last few years.