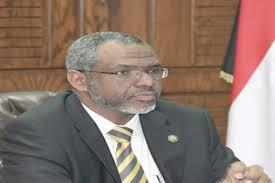 Khartoum, Feb. 14 (SUNA) - The Council of Ministers approved at its meeting Thursday the agreement exempting diplomatic passport holders from visas between Sudan and Russia, which was presented at the meeting by the Foreign Minister, Dr. Al-Dirdiri Mohamed Ahmed, toward cementing the friendly relations and easing the exchange of visits between the two countries.
Meanwhile, the Council of Ministers also approved a proposal presented by the Cabinet Affairs Minister, Ahmed Saad Omer, on establishment of the decisions’ accomplishment Unit at the office of the National Prime Minister, to be assigned with following up the implementation of decisions and projects.
MH/MO