Discovery of One of Oldest Archaeological Sites in Sudan 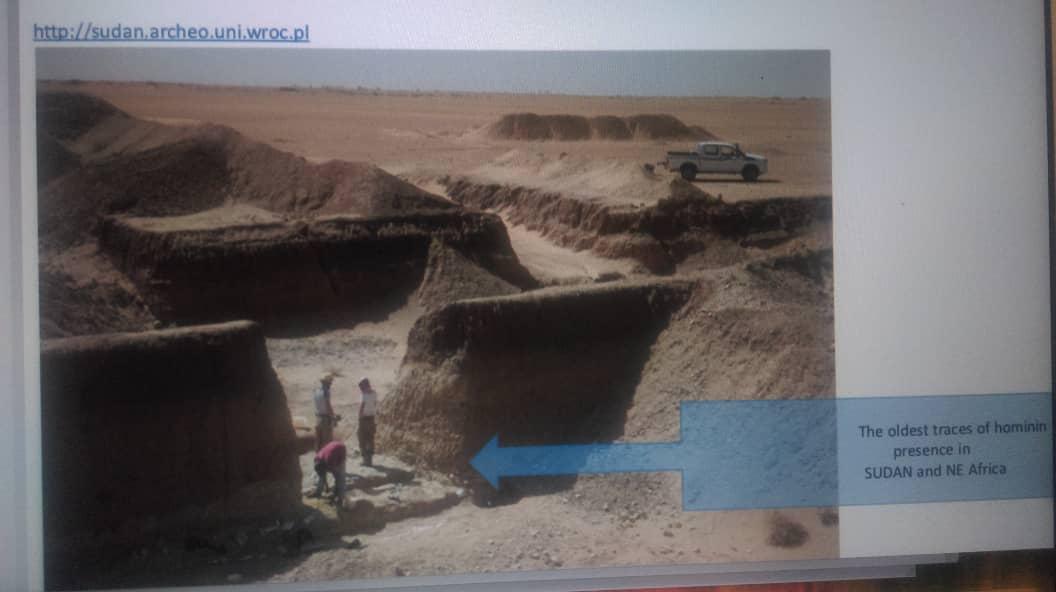 Khartoum, Mar. 6 (SUNA) The Director General of the General Authority for Antiquities and Museums, Dr. Abdul Rahman Ali Mohamed Rahma, has announced that the joint mission of the University of Farsouaf, the General Authority of Antiquities and Museums and El Nielain University, led by Professor Merslan, operating in the Eastern Desert and Upper Atbara, has discovered the oldest archeological sites dating back to the Stone Age (Acholi), maintaining its successive archaeological deposits.

Dr. Abdul Rahman explained that the mission has also been able to discover sites of the period of the Acholian period in late history compared to the other sites in the African continent, in addition to the synchronization and coexistence for about one hundred thousand years of the Homo-Erectus and the Homo-Sapiens in the areas of the Upper Atbara River and the Eastern Desert.

It is worth mentioning that the large number of human settlement sites in the eastern desert region and the Upper Atbara River indicate that these areas were prosperous, rainy and rich with the natural resources, especially in the mid-era of the Holocene, which was suitable for the intensive presence of these human groups, and so far more than eight hundred archaeological sites in this area has been discovered.

The importance of this discovery that it reveals the Sudan’s role in the emergence of civilization in the region where the Sudan was one of the ways that the wise man (Homo-Sapiens) has migrated to Asia and Europe, knowing that Africa and the African plateau is one of the most important areas of the civilizations’ cradle.
The museums’ director said that the sites were discovered by chance in the areas of traditional mining for gold, a matter that indicates seriousness of impact of these works on the preservation of the national heritage, and which requires the coordination with the competent authorities to restrict these activities in the antiquities’ areas, and also to strengthen the law of archeology and to prevent the practice of any activity without consultation with the authority.