Al-Ghad Party Calls for Finding Channels for Dialogue with Holdouts 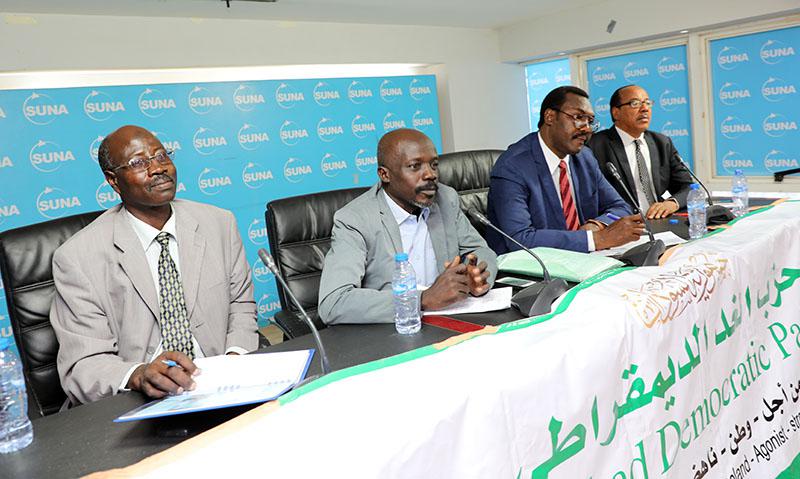 Khartoum, Mar.19 (SUNA) - Chairman of Al-Ghad Democratic Party (GDP), Norain Adam Abdul-Ghaffar, has called the National Dialogue’s General Secretariat to find  forums for dialogue with  those opposed to dialogue and youths, stressing the importance of reaction to the speech the President of the Republic that he recently directed to the Sudanese people and to seize this opportunity to address all issues.

Speaking at SUNA Regular Press Forum Tuesday about  the current political situation, Norain affirmed his party's adherence to the National Dialogue Document, stressing that  the country’s issues could only be solved via dialogue.

He called for establishment of balanced relations with all countries based on the common interests, calling on  the United States to remove Sudan from its list of  states sponsoring terrorism.

The party's Chairman has called on the  political forces and civil society to form a broad-based  political and social coalition to boost the  process of  political  and democratic transformation, adding that  ballot box is the best means for peaceful transfer of power .

He called on the government to adopt further measures regarding  political and economic reform.

Assistant of the chairman of the party  for States' Affairs, Nasir Abdalla Ahmed, said that his party supports the unity of  rank and stands against political exclusion.

He affirmed the party's adherence to the National Dialogue Document, calling on the opponents of dialogue to put  interests of the homeland above the partisan interests.

Assistant of the Chairman for Social and Political Affairs, Ali Hamid Ali, said that the current situation in Sudan  requires the political organizations to work  for finding solutions to the issues of the country, besides working for the unity of the nation and to refrain from the narrow partisan tactics, stressing the importance of combating corruption, solving the  current  economic crisis and addressing youth issues.