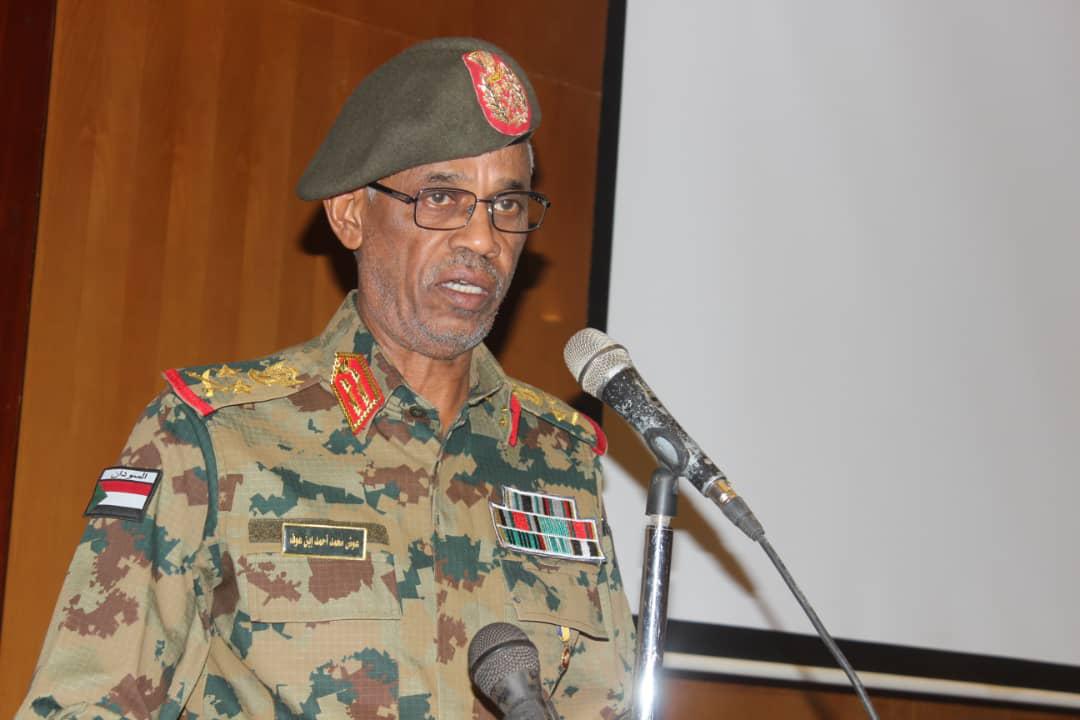 Khartoum, April 8 (SUNA) – The First Vice – President of the Republic and Minister of Defence, Lt, Gen. Awad Mohamed Ibn-Auf, stressed that the Armed Forces is the safety valve of the country and will not hesitate in protecting its security, unity and leadership.

Addressing a meeting for briefing to the senior commanders of the Armed Forces Monday at the Ministry of Defence, Lt. Gen. Ibn-Auf warned that some circles are trying to exploit the current situation to create a rift in the Armed Forces and discord between the components of the security system in the country, asserting that these circles will never be allowed to realize their goals,