Expectations of improving in Tourism sector in Sudan and Archeologist describe the mission's Archeological Discoveries as " exceptional and wonderful". 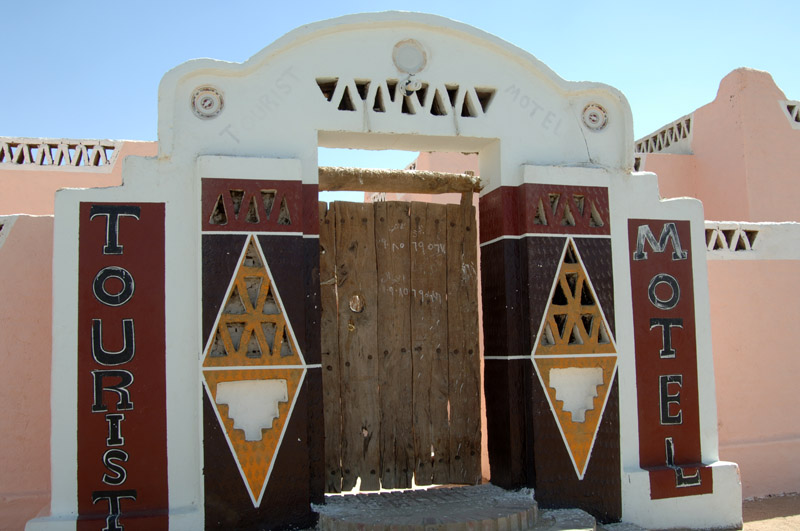 Khartoum-18-2-2016-(SUNA)- Ministry of Tourism expected increase of tourists number to about one million this year who attracted by Shrines and tourist places and announced that its strategic priority are Promotion and marketing to Sudanese tourist ingredients and to establish Infrastructures , Most important , the roads. About 641.000 tourist had visited Sudan last year (2015) increase of 7.75 from year 2014 , during That , more than 930 million US dollar were spent what pushed development in this sector to 6.5%. Sudan and World Tourism Organization agreed recently to schedule Sudan's arrears subscription fees, to more than 30 years, during That Sudan had been deprived from many Privileges and services Provides via organization. Sudanese minister of tourism Mohamad Abo-zied is optimist that Sudan will get benefit from the organization services to increase tourist Promotion and focus on tourism elements in Sudan internationally and regionally, connecting tourist places via railways network . Important that some new necessary overland roads will accomplish in Sennar and Dinder National Park this year in addition to reduce and facilitate fees and taxes burdens Official of the projects administration in the ministry Mimouna Al- Shafie explained that amount of the organization annual fees are 20.000 US dollar , as it provides number of services to member states, such as studies of tourist survey, Developing local societies in tourist regions to enhance Utilizing of these areas economically. Besides, the organization promotes to tourist places and famous Sights in the country and provides full training to Employees of Tourist Institutions and Workers in this sector in field of Academic Studies, Building Capacities and tourist Survey Studies in Sudan Ustza Mimouna declared and added the ministry is working with the Organization to execute updating project. Number of foreign tourist who visited Middle East region during 2014 increased in rate of 4% and in region of North Africa of .,1% ., according to " the organization ". As it expected an growth in tourism sector this year in Medill East region in rate of 2% to 5% in current year and Arab region will receive about 195 million tourist on year 2030 what increase 3 doubles from the current number of tourists . The organization , which its headquarter, in Spanish capital Madrid, stated that Arab Tourist Bodies will utilize from these Expected Increase in addition to new destinations. Swiss archaeologist Prof Charles Bonnet said in aLecture in Khartoum that Sudan has Diverse Civilization that considered one of the oldest and Important civilization in World in addition , an important history worthy for studying, searching and analyzing. Prof Bonnet who is Chairman of the Sudanese-Swiss- French Common Mission described mission's archeological Discoveries , in Sudan " is exceptional and wonderful" The important discoveries are Palace of Dokee Geel , means in Nubian language " the Red Hill " and Al- dafufa , means Castel said Bonnet and added these buildings were designed according to developed Architect design and made by one of the best kinds of Ceramiek in World , pointing that the discovered palace in Dokee Geel haven't similar one , unless one , had discovered in Uganda last century Suadan is wide country embrace many cultures and civilizations , indicated Prof Bonnet and added we discovered two archeologic cities in Karma. First one is Capital of Nuba Kingdom and second city has an international character, before two years. Sudan needs great efforts and complementary activities to its Antiquity exploration Prof Bonnet explained and adding" I hope that current and coming generations be aware of importance of Sudanese Civilization and its contribution in humanitarian civilization and called to encourage Exploring activities in all Sudan pointing that " there kingdoms under its lands". Prof Bonnet expressed on his hope to enact all suitable procedures to secure and protect archlogical places before open it to Tourists , in order to, proffer the ancient civilization of Sudan and utilize also from Tourism Income.