Popular Congress Party After Turabi …..Does Successor System achieves the acceptable solution and political stability atmosphere for All Sudanese? 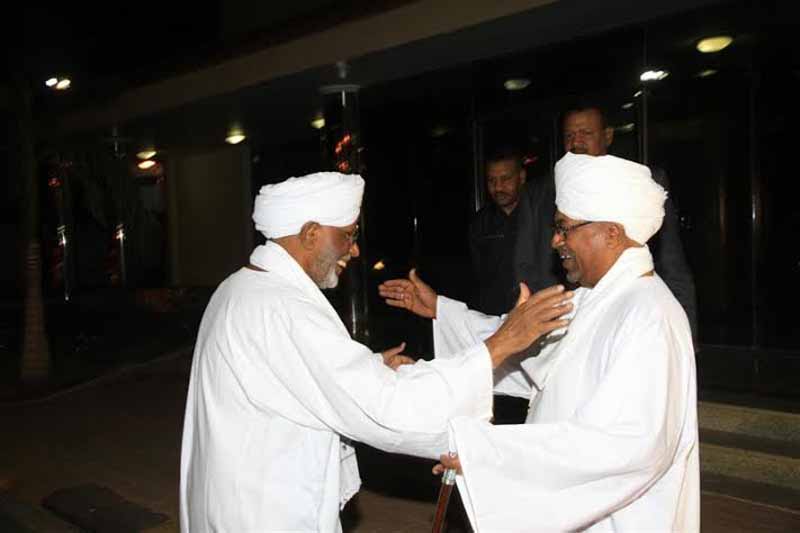 Khartoum, 28,3,2017, (SUNA)- Thoughts of The Late Dr. Hassan Al-turabi in religion and policy were and are still the most Stirring for argument and discussions between people in different societies and political milieus and social media, such as" political succession" in Nineties of last century," the Consensual Marriage" that included in recent constitutional amendments, Topic of freedoms and currently " The renewable Successor System" that explained via Popular Party. Leaders in the Party spoke openly in media about Party's view and who are tacking charge of executive this system , what observers considered this an chance to open doors a new future for Partisan and political Work in Sudan and to unify all political groups that have same goals and thinking views in one entity like as partisan experiences in other countries where political parties numbers are 2 or more. Completing Al--turabi's project :- General Conference, highest authority, had approved last week successor system means that the Party will transform to another phase and considered also an accomplishment toThe late's Turabi, last political project that depend on dialogue for the unit of Sudanese people and protect the religion. In this regard, Secretary of Partisan Communication in Popular Congress Party Dr. Ameen Abdul- razequ said " his Party is a social, intellectual and daw'a movement, and they will begin t to call for " successor system and required providing freedoms only". Turabi is a great coach, as he left clever players behind him :- On topic of Party's Desmissal after death of general Secretary, Abdul razeq said" Never , Al-turabi is great teacher, he trained team of ingenious players. they will publish, his Thoughts actively and strongly as it was during his life. and added Turabi is the unique international commodity who Sudan exported to World where his concepts and Thoughts were spread allover world and became a symbol for Sudan like Nile river". The Successor System …a Call to collect Sudan nation:- This system is intellectual ,social, economic and political ideas Abdul razeq said and continue " the Successor system included many things and included even how to treat wild animal. And noted that the Party didn't spoke on dissolution, but it will be transitional period ,as calling for the new system will not be only by our Party, door is open for All without conditions. Supporters to the new system will adopt unified new structure and publish it in all Sudan, as they will convene constituent conference in Khartoum and all states.The system will select its leaders and basic program and its name. Besides, the successor system will be a unity to all Sudanese and will secure the country from Fragmentation particular there are about 100 political Party and 60 Armed group , Abdul-razeq explained and asserted that Popular Congress will be part of this system . Successor System is the wide change in Sudanese arena:- Political analysts believe that people expectations this Announced change will be comprehensive and complete to be ready for challenges and difficulties that face Sudan recently. Most important are the economic Gap and achieving peace. All are waiting for announcing the new government that named " government of national Concord , as one of the National Dialogue outputs and start point to new period in Sudan history which will decide how to govern Sudan ?. Step of Popular Congress came before Announcement the new government and in same time with movement of some who concerned with public affair ,whether inside or out political game, in way to extrapolate country future within new government in frame of available chances and prospected challenges . In this regard, chairman of National reconciliation Party Ali Saleh said Successor System is normal Develop to idea of unified Moslems which launched by Popular Congress to face external and internal challenges and added Al-turabi paved way to this idea via his Party participation in National Dialogu aiming to unify the ideas with the government , political Parties and armed forces that joined the national dialogue. Saleh assured the necessity of reduce number of political Parties and unified them in big entities of one program, as one methods of the political Reform . Coming days will disclose shape of consisting the new government .