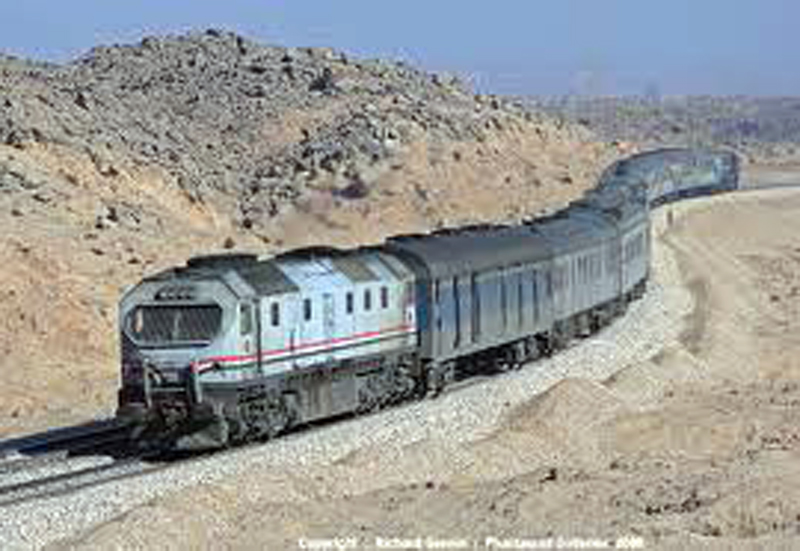 Khartoum ,18,5,2017-(SUNA)- Since its establishing the Sudanese Railways was and still the only Transporter in Sudan and monopolized transportation market for more than half century due to scarcity number of roads that consider the first competitor to railways in field of land transporting. As well Railways contributed largely in Sudanese Public life and Effected on economic, social and political daily life of most Sudanese sectors , in addition it was the biggest contributor in the general budget what enabled all previous governments since independency to provide costs of most basic services including health and education. Railways corporation in Sudan is one of longest railways net in Africa . Length of its railroads are 5800 Km , about 4587 are main roads. Spite the tough economic conditions that face the country because of American Sanctions in 1997 .It resulted to complete stopping for Spare parts of American Railways which are about 70% of the working railways fleet in Sudan. The state is keen always to provide the required funds to continue process of rehabilitation and Promoting railways roads in all Sudan. On reviewing the strategic plan of Railways corporation , minister of Transporting , Roads and Bridges Macawee Awad disclosed on costs of Execution the plans are 16.500 million US dollar in year 2016-2029, pointing to comprehensiveness of these strategy to plans of promotion work in the corporation via providing high qualified services of transportation. First stage include 6 projects in length of 2.672 KM in 2016-2020 . The second stage are 7 projects in length of 2.606 Km in period of 2021-2024 . minister Macawee said. In the third stage will accomplish 4 projects in total length of 1130 Km in year 2025-2027 declared minister Awad and added the fourth and last stage will contain achieving 5 projects in length of 1.643 Km. in 2027-2029 , as well as 80% of components are locally production through nationalizing the inputs and participation of Private sector in executive projects. The total length of railways roads are 8. 051 Km said minister Maccawe remarking to the expected manufacturing results of the projects in 2029 will be in transporting 22 million ton and 7.47 million passenger. Concerning process of financing the plan , ministry is keen to participation of Private sector and entrance of 5 companies recent to begin in infra-structures projects and manufacturing minster Maccawee said , noting to agreement with GIAD company to produce Railways vehicles, and 26 workshop of maintaining in addition to building capacities and training youth . and asserted that the new railways will contribute strongly in reducing transport costs and connect Sudan with neighboring countries via railways net to realize common benefits of the countries regions.