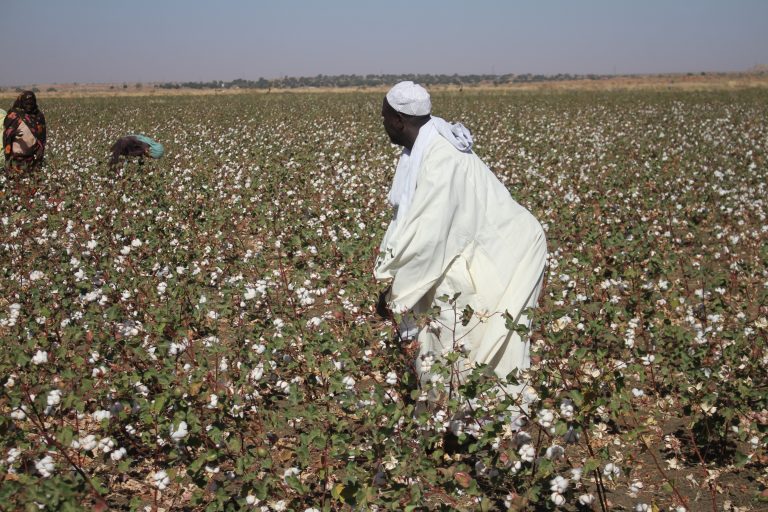 Khartoum ,20,7,2017,(SUNA)- In first comment , on the American decision Tramp of Postponing date of lift American sanctions on Sudan for another three months , an economic official said " decision will effect on Sudan and similarly on American society and companies which will lost many chances of economic benefits in Sudan. Sudanese State minister of investment Osama Faisal said that Sudan one of main sources of Non- utilized raw materials and added Sudan's regional position is chance to be a big market for many American countries. In statement to ( SUNA ),State minister Osama called American Unions, Companies and Societies Pressing on American government to accelerate lifting of sanctions to begin Smart Partnerships between Sudanese and American Private sectors , explaining that Sudan still the first investment economic Gate in Africa for most big countries , as doors still open to partnerships with Great Countries such as USA. American President Tramp had postponed again Lifting sanctions for more three months will end in first October 2017, reasoned that in a statement issued by White House by saying" In spite of , Sudan achieved some progress in an executive Annex ( 13761). I decided to take some time to review this matter , and decide, if Sudanese government fulfils al its obligations positively " . In last week of his Presidency period , American President Obama issued a decision of cancelling two Executive decree (13067) issued in 5 November 1997 and decree of ( 13412) issued in 17 October 2006 . According these two decrees USA imposed Unilateral economic sanctions on Sudan. Obama's decision allowed for all types of Banking Transferring between Sudan &America and resuming commercial exchange between Khartoum and Washington , but continued sanctions on Sudan as a "A state sponsor of terrorism " according to the American definition and postponed this decision for 6 month. Union of Arab Banks described as " very tough" Sanctions and Tightly tightened On Sudanese people . As they called to lift those sanctions which will provide positive opportunities for Arab banks and boosting chances of investment in Sudan. In a historical background, Sudanese study said , the American sanctions began since issuing Executive Orders in 1983 , in which USA declared that Sudan is unstable country and ordered American company" Sheferon" to leave Sudan . in 19888 America announced Sudan as uncooperative country in repayment its debts and stopped American Aid to Sudan. In 1993 Sudan had been listed as "States sponsor of terrorism" and according to that Sudan prevented from American agricultural Aid, Peace Supporting Assistances and Preferential Loans . in 1997 President Clinton issued Executive decision No. 13067 according to Economic Emergency law of (56) . This decision No. 13067 had bad shift in quality and quantity of American boycott against Sudan, while Government's fund balances had been reserved and stop importing any commodity made in Sudan and also Prevent Export or re-export any technical or service commodities from USA to Sudan. Besides, decision forbiden any banking facilities for exporting or re-exporting to Sudan including services of guarantee, Brokers, A MT, Banking Transitions, Credit Cards , Grants and Loans from all working Banks in USA. In addition, all kinds of commercial transactions related to Shipping and transporting from or to Sudan were stopped even TRANS in Sudan 's ports . In 2003 Sudan accused with Human Trafficking and according to that Sudanese were prevented from finance or participate in any educational or cultural program . The Sudan peace law ,which issued in 2004 was as pressure tool on Sudanese government included threats of reduce diplomatic Representation , Take actions to prevent Sudan from Oil revenue and issuing decision from Security Council of imposing Banning of Sale Arms to Sudan. In2006 the law of Darfur peace connect between providing Aid and some conditions included avoid aggressive actions by Armed and Regular Tropes in Darfur, Facilitating mission of Human Rights Watchers and Humanitarian Aid and Give permission to Committee of investigation in Genocide allegations. Sudan Accountability & Divestment Act issuded in 2007 prevented Non-American companies to invest in Sudan through Preventing USA from contribution in any company has investments in Sudan. As well as the law prevent American ministries and Institutions from dealing Contract with any foreign company has economic or investment activity in Sudan. USA directed its foreign policy towards toughening Siege on Sudan specially in international Fund Institutions such as World Bank Group and International Monetary Fund to prohibit utilizing of foreign debts exemption according to international laws for example HIPC. In period between 2004-2010 Security Council via pressure of American Government issued many decisions resulted on more tough Siege on Sudan. In beginning of 2014 , the Siege tightened his Grip on Sudan . The foreign Banks became have no choice either dealing with USA or with Sudan because any deal with Sudan mean deal with who supporting terrorism. The Siege on Sudan expanded to include banks in Arab and Gulf countries. Thus the American Unilateral -siege on Sudan became gradually an International Systematic siege due to the targeted American policy against Sudan.