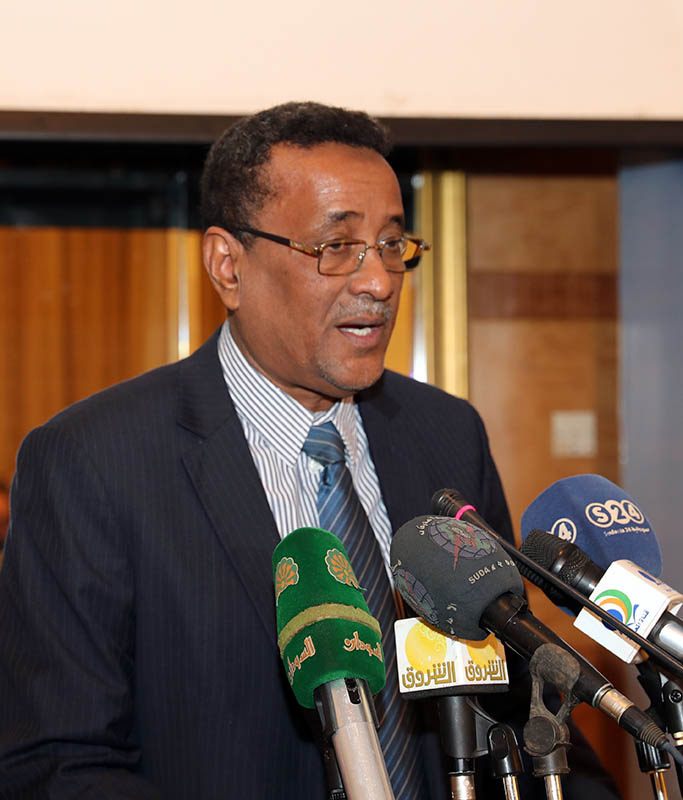 Khartoum, 7 June (SUNA)-The Minister for Interior, Ibrahim Mahmoud, has stressed that security situation at the Khamsa Dagayg IDP camp was stable and calm following the incidents that occurred there on the 2nd of May 2018.

The minister was responding to a question by two MPs, Siham Hassan Hassab Alla from the Liberation and Justice Party, and Mohamed Idris rom the Sudan Liberation Movement the Second Revolution, who were expressing concern about what occurred in the camp.

But the minister who pointed out that this was one of three large IDP camp in central Darfur region, stressed that the IDP there in three camps did not want police presence in the camps

And that this situation has created a state of lawless where the unruly elements and criminals would commit a crime and then take refuge there away from the reach of the law. He said this situation has impacted innocent IDP inside those camps.

The minister described the area as lacking any planning and mapping a matter inhibiting the smooth movements inside the allys and roads inside the camp.

He said in the day of the incident, a group of trucks from the Rapid Support Force was crossing the areas in five cars affiliated to West Darfur State and that this convoy lost its way and find themselves inside the camp and when the entered one of the small and narror allys, people gathered around it and started harassing them throwing stones.

The force had to fire on the air trying to disperse the mops and clear a way out. In the firing, a woman was hurt and a rumour went out that she was killed, thus triggering more people coming to the scene and started to throw stones at the forces, frustrating their pullout from the scene and they burned tyres.

Police forces intervened to disperse the crowd and to secure the strategic locations in the state. Six people and six policemen were injured in the incidents, while two police cars were damaged.

The Minister said police record did not record but only one case of the woman was injured inside the camp and died of her wound five days later in Khartoum hospital. An investigation committee was formed and the out come of its report was now made available to the MP.

The minister underlined that police forces were the first to be on the scene and that many of those injured were cleared by the police and provide madeical care and treatment and that the police force was able to restore situation to calm and apprehended those behind the incidents.

The minister said when the final finding of the committee comes out those responsible for the incident will be brought before a court of law.

The minister stressed that need for security presence in those areas to keep law and order there. The minister said such incidents do occur in areas wih huge population and that disturbances occur because of the making of some unrely elements who would try to manipulate the situation with the arrival of police forces in the camp to restore calm.

He stressed however that the police forces would continue discharging their duties in line with the laws and the constitution.