Army: We changed the regime to maintain Sudanese blood 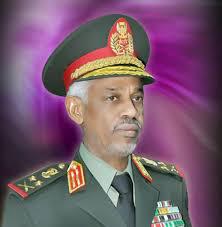 Khartoum, April.11 (SUNA) - Defense Minister, General, Awad bin Awaf has stressed the necessity for the transitional military council, which will be formed on the safety of the citizen and the country.

General, Ibn Auf, in statement issued, Thursday, called on citizens, to bear responsibility and some of the strict security measures, as a contribution in the security and safety of the country.

He outlined that the Supreme Security Committee and its armed forces and other components have shouldered full responsibility for changing the entire system for a transitional period of two years.