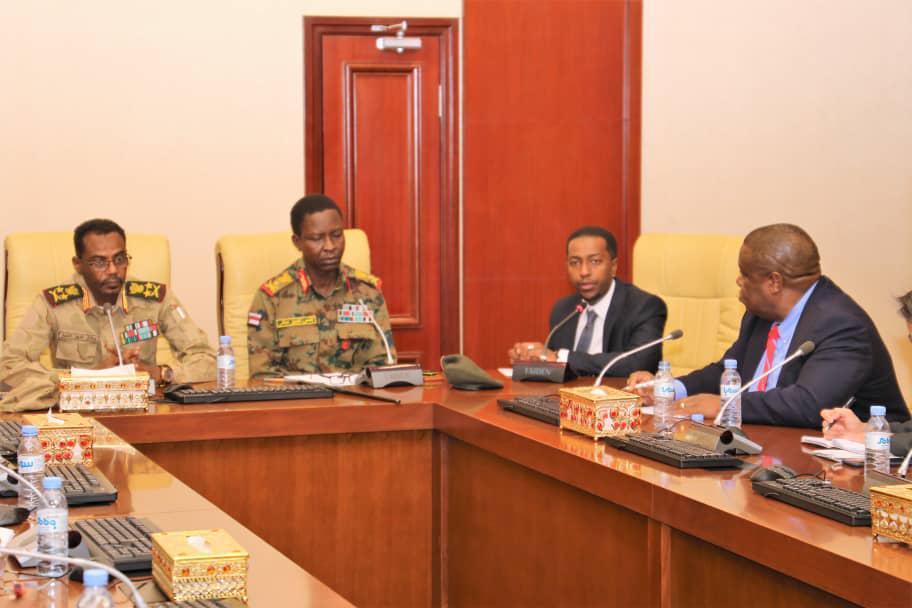 Khartoum, April 18 (SUNA) – The Political Committee of the Transitional Military Council (TMC) Thursday briefed a delegation of the international organizations on the overall security and political situation in Sudan.

At a meeting in the Republican Palace, the Political committee has responded to queries of the international organizations’ delegation on the time for formation of the civil government, progress of the negotiations with the political parties and the dealing with the African Union’s deadline.

The TMC member Lt. Gen. Jalal-Eddin Al-Sheikh, and the TMC spokesman and official of the peace and organizations; dossier, Gen. Shams-Eddin Kabbashi, informed the delegation that the change that took place in the country represented a bias to popular demands and not a military coup.

They affirmed the TMC concern with realization of peace in Sudan, referring to the start of contacts with the non-signatory movements of the peace agreement for achieving peace and stability in the country.

The TMC members have assured the council’s commitment to all the international agreements and conventions which were endorsed by Sudan.

Meanwhile, the United Nations, represented in the Head of its Office in Sudan, has appreciated the TMC commitment to all the agreements and conventions signed by Sudan and the international organizations.