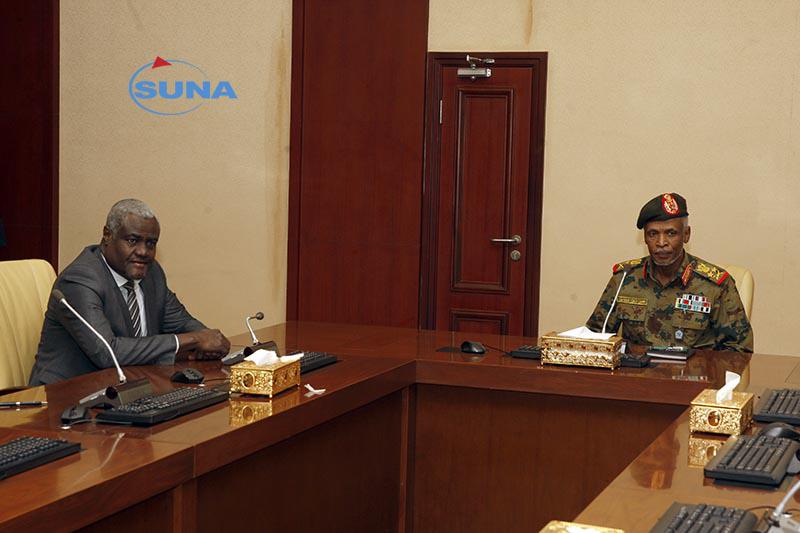 Khartoum, Apr.20(SUNA)-The Head of Political Committee of the Transitional Military Council, Lt. Gen. Omer Zain-al-Abdin met  Saturday at the Republican Palace  with  Chairperson of the African Union Commission, Mousa Faki in  the presence of  member of the Council, Lt. Gen. Jalal-Eddin  Al-Sheikh  Al-Tayeb.

The meeting discussed the AU role in assisting Sudan to surpass this important stage of its political history.

Chairman of the Political Committee said the mission of the  Military Council   was  to provide a climate for political forces  to  rule the country in peaceful and democratic way.

Chairperson of the AU Commission , for his part,  said that Sudan  is a key  country in Africa and that AU understands the ongoing  popular uprising in Sudan and the role played  by   the Armed Forces.

Faki  indicated to importance of  exerting more efforts on narrowing differences of view , stressing  political consensus between the  Sudanese political parties  over the interim  period was essential.