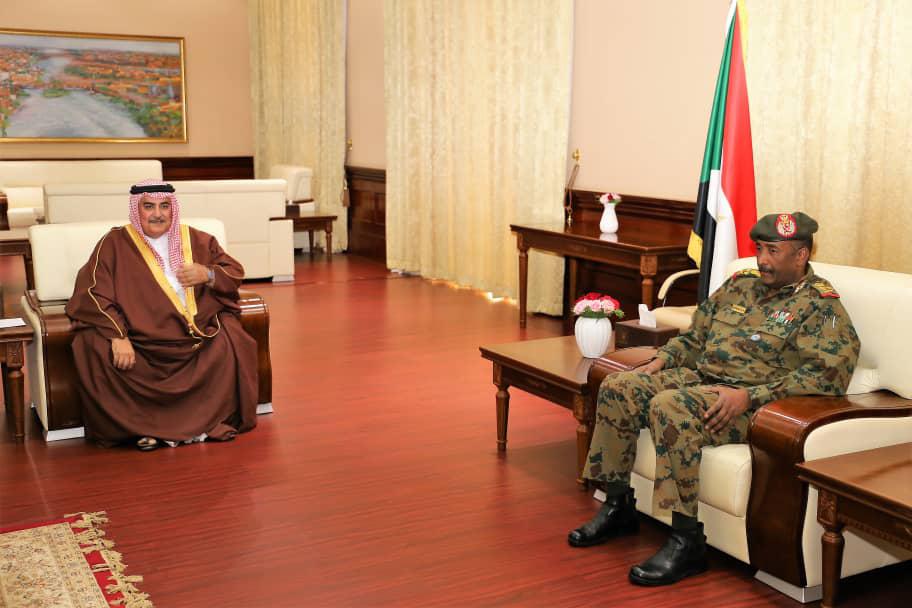 Khartoum, Apr.22 (SUNA) -TChairman of the Transitional Military Council (TMC), Lt. Gen. Abdul-Fattah Al--Burhan, received a message of solidarity  and support to leadership and people of Sudan from the King of  Kingdom of Bahrain, Hamad bin Eissa Al-Khalifa, handed to him by Bahrainian Foreign Minister, Sheikh  Khalid bin Ahmed Al-Khalifa, at the Republican Palace Monday.

he Foreign Minister of Bahrain has affirmed in a press statement that Bahrain is standing alongside people of Sudan and that it is ready to strengthen further the relations between the two countries in all fields.

He  expressed Bahrain’s confidence in the TMC capability to lay down the right bases for fulfillment of the Sudanese people’s aspirations,

The Bahrainan Minister has praised Sudan supportive stance to the Arab countries, particularly Bahrain, referring to Sudan contribution to supporting the legitimacy in Yemen and the Sudanese martyrs who sacrificed their lives in defending this cause.