Revolutionists in the Sit-In Yard: The scene is a real national parliament 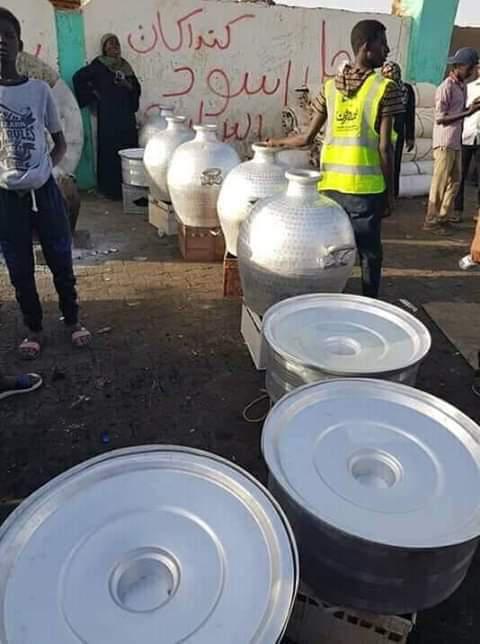 Khartoum, April 26 (SUNA) - Most of the youth of the revolution who are now sitting-in opposite to the General Command of the Armed Forces in Khartoum described the sit-in scene, which began on April 6, as a real national parliament in which the key issues are debated and all legitimate concerns are discussed. "The sit-in is an open parliament where democracy is unrestricted, but there is politeness and respect," said a student to SUNA, in an interviews it conducted on Friday including sit-in protesters and youths on their way to the sit-in. "The sit-in has become a social forum where all the social issues that occupy people's minds are raised," said a law graduate. A young man and an employee named Yasser Gasim (The yard of the sit-in has become the home of one family agreed on the same national concern, however the moods and ideologies are different where you find the father, mother, the older brother and the younger sister, and all members of the family find them around you in the scene, adding that I have not only felt the political issue, but I am feeling in myself in a large family house). “I heard a negative news about the sit-in scene, but I found only real young revolutionaries and their morals, the morals of the strong and powerful Sudanese people who can bear you, but they take you off when you exaggerate humiliation," said a mechanic.