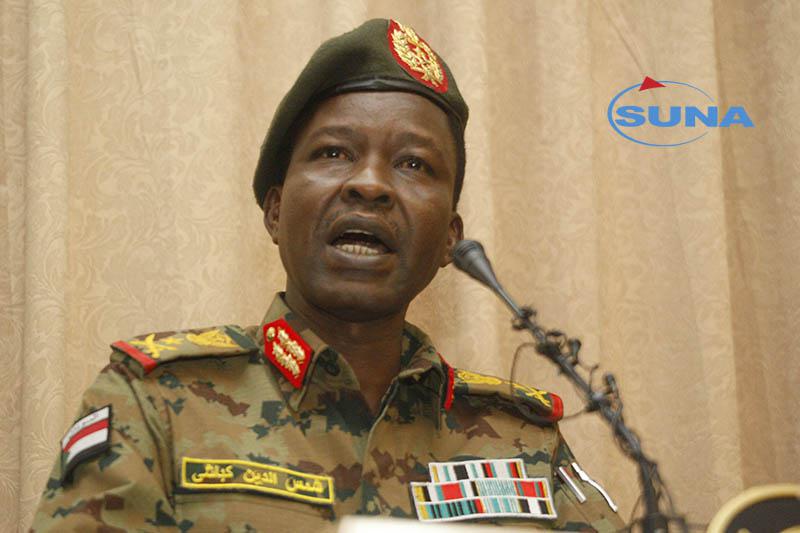 Khartoum, April 29 (SUNA) – Member and spokesman of the Transitional Military Council, Lt. Gen. Shams-Eddin Kabbashi, pointed out that the conditions and necessities that required the Armed Forces to complete the revolution to this stage are the same that necessitated the Armed Forces’ existence in the political scene, on ground that it is the single institution that finds the minimum agreement and represents the nationality of the Armed Forces, and thus it is qualified to represent symbolic sovereignty.
At a press conference he held Monday at the Republican Palace, Lt. Gen. Kabbashi stressed the problem is not in the quantity of military or civilian persons at the sovereign council, but in the authorities and powers that will be discussed, indicating that the Executive will fully be civilian.
The spokesman of the Transitional Military Council announced that the Council is continuing communication with the brothers in armed movements, whether they have signed peace agreement or who are still carrying arms and located outside Sudan.
He said that many of the armed movements represent part of the vision of the forces of freedom and change and part of the declaration of the forces of freedom and change.
He referred to the declaration of the Transitional Military Council since its first statement that it wants, besides its quest for consensus, the participation of everyone in the building Sudan's political future, including the armed movements,
MO