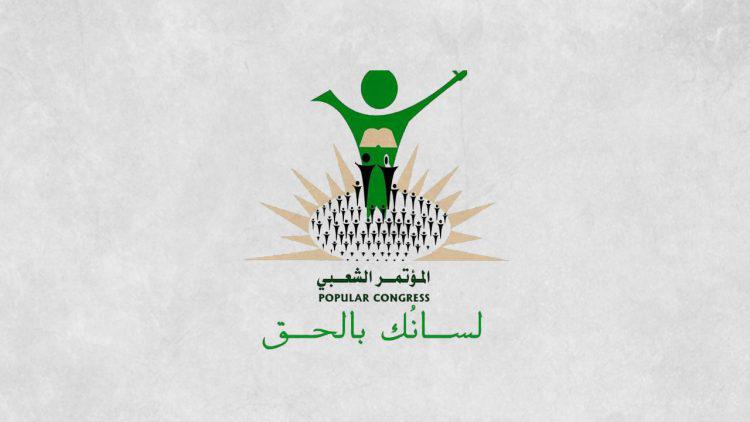 Khartoum, April 30 (SUNA) - Under the slogan "Renewable Movement and Free Society," the features of the next phase of the People's Congress were revealed to the participants following the address of the Party's Secretary General, Dr. Ali Al-Haj, to the press conference, which was attended by a large number of local and foreign press correspondents, In Khartoum, along with considerable number of party members and those who came to read the political scene, which is full of surprises.

Dr. Ali Al-Hajj opened the press conference wishing mercy to the martyrs who have sacrificed their lives in the past few days and months, saying: We are sorry for the martyrs after the fall of the "tyrant" calling for quick healing for the wounded and. Al-Haj praised the young men and women of the revolution and described them as the key that opened the door to the future. He addressed the youths stating that their destiny is to participate and that they have adopted the right position.

Dr. Ali al-Haj described what happened as a revolution, but did not come to govern but to save blood. He demanded that the head of the Transitional Military Council to follow suit of the Field Marshal Suwar Al-Dahab in the honoring of the covenant and charter. The Secretary General of the People's Congress proposed that Sudan is to join the ICC so that the problem shall not be repeated once again, stressing that the presence of Sudan in the international judiciary is an important issue, with the possibility of internal trial of symbols of the ousted regime. He called the defence side in the case of martyr teacher Ahmed Al-Khair, "the symbol of the Sudanese revolution," to continue the litigation proceedings toward the Qasas “retribution” not only for Ahmed Al-Khair, but also for all the martyrs.

On the major obsession for all the Sudanese people, which is ongoing war between the state and the armed movements in Darfur and the two areas, Dr. Ali Al-Haj has expressed his optimism that “we are now closer to peace” explaining that the presence of the Chairman of the TMC and his deputy, who were part of the previous war process, will speed up peace march. He said that the fighters, calling on all to move honestly for reaching peace, create peace. He also called on the armed movements to come to Khartoum and to engage in negotiations from within. He welcomed the leaders of the armed movements or their representatives, indicating that they are in the People’s Congress prepared to host them in their homes, adding that they shall not consider what has happened as a "second Salvation," stressing that what has happened is a real change.

He directed messages to the brothers in the Arab arena thanking them for the support that they extended to Sudan, hoping that their aid shall be without conditions. He affirmed his party’s rejection to any intervention in the internal affairs of Sudan.

“Some countries have a problem with political slam, but “we are not part of the international organization and we are supporters of no one. We in Sudan have our own method and way. We want to maintain friendly relations with all countries. We are committed to the international charters”, he said.

Dr. Ali Al-Haj has called for starting a dialogue with the United States to remove Sudan out of the list of countries sponsoring terrorism. He also called for opening the borders directly with South Sudan State and Eritrea.

In his press conference, Dr. Ali A-Haj tackled various political and economic issues facing Sudan and explained the visions of the People’s Congress for overcoming these crises.