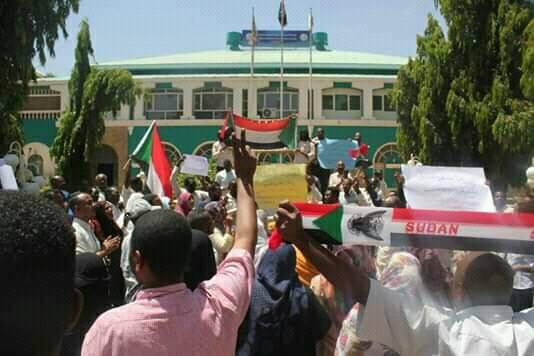 Khartoum May 13 (SUNA) –The employees of Electricity Company organized Monday a protest stand at the premises of Sudanese Electricity Distribution Company (SEDC).

But, the conference was cancelled, following the protest.    .

Many employees and technicians working for the company have participated in the protest stand.

The employees demanded the return of the old name, “National Electricity Corporation” and shall be separated, from the ‘Water Corporation.’

They affirmed that the electricity power cuts were not intentionally made by the workers.

They pointed out, that there are many problems facing the employees at the company on the electricity supply, transmission and distribution companies.

They stated that the electricity stations are facing problems such as, the poor electricity supply, overload and the sudden fault that occurred in the National Grid.

They said the grid faults often requires ample time for fixing them.

The protesters have demanded sacking the general manager of (SEDC), his deputy and two other senior officials.