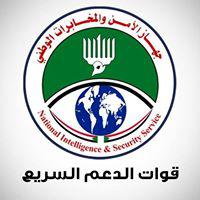 Khartoum, May 14(SUNA)-The  Rapid Support Force (RSF) issued a statement on Tuesday  in which they affirmed  that  the RSF  sided the people of Sudan  and  regretted  the Monday’s incidents which were carried out by circles and groups targeting the revolution after they  disturbed  by results reached to by the TMC and forces of declaration  of freedom and change.

The statement said since eruption of the  glorious revolution, the RSF remained keen to  security and safety of citizens as  it was announced  by its commander, Lt. Gen. Mohamed Hamdan Daglo .

It  stated  that circles  and groups  targeting the  revolution stood behind the yesterday’s regrettable incidents  after they  disturbed  by what was reached to by the TMC and  forces of declaration of freedom and change  Monday , adding that these groups are endeavoring to abort any progress  in negotiation that  could pull   the country out of  this crisis.

The statement said  those  groups infiltrated  to the sit-in area  and other areas  and fired at protesters , made frictions with people  and regular forces guarding  the protesters  that led  to martyrdom of  Cap. Koroama (armed forces) and injury of two RSF elements and a number of soldiers and protesters.

The RSF called  the people to remain vigilant  towards  such groups which target  the RSF , the armed forces  and other regular forces, asserting  that such groups are working hard to  foil   achievement  of  the revolution  goals  and  to  incite  sedition   between the protesters and the RSF which fully carry out  their national role  in preserving the  gains of the glorious  revolution.

The statement stressed  that the RSF would not use force  to disperse  the sit-in.