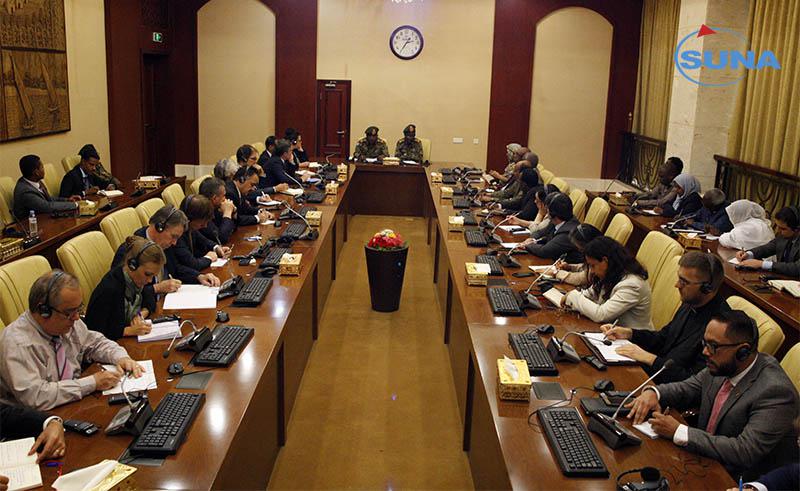 Khartoum, May.16 (SUNA) - The Spokesman and the member of the Sudan Ruling Transitional Military Council (TMC) Lit-General Shamseddine Kabbashi, briefed, Thursday, at the Republican Palace, the Heads of Arab Diplomatic missions in Khartoum on the current developments in the country.

Ambassador Omar Dahab, Assistant Undersecretary for Political Affairs at the Ministry of Foreign Affairs, said that the meeting comes within the context of the different meetings with the representatives of the diplomatic missions in the country.

He outlined that the meeting with the Arab group dealt with the recent developments in the country and the efforts being exerted by the TMC to maintain security and stability throughout the Sudan, adding that the Arab diplomats expressed understanding to the briefing.