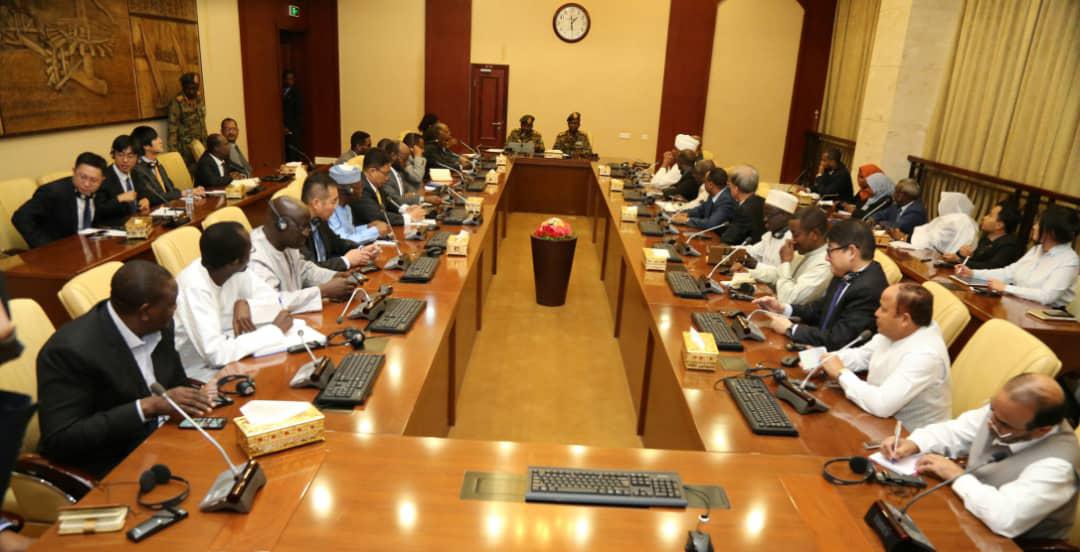 Khartoum, May 16 (SUNA) – The spokesmen of the Transitional Military Council (TMC), Gen. Shams-Eddin Kabbashi, Thursday met with the ambassadors of Asian and African countries accredited to Khartoum, in presence of the Chairman of the TMC\s Security and Defence Committee, Lt. Gen. Mustafa Mohamed Mustafa.

In a press statement, the Director of the Asian Affairs Administration at the Foreign Ministry, Ambassador Abdul-Rahman Khalil, said that Gen. Kabbashi has briefed the Asian and African ambassadors on the political and security developments in Sudan, the agreement between the TMC and the Forces for Freedom and Change on formation of an interim government, the opening of streets, commitment of the protestors to the sit-in area prior to the signing of the final agreement and realization of stability and democratic transition.