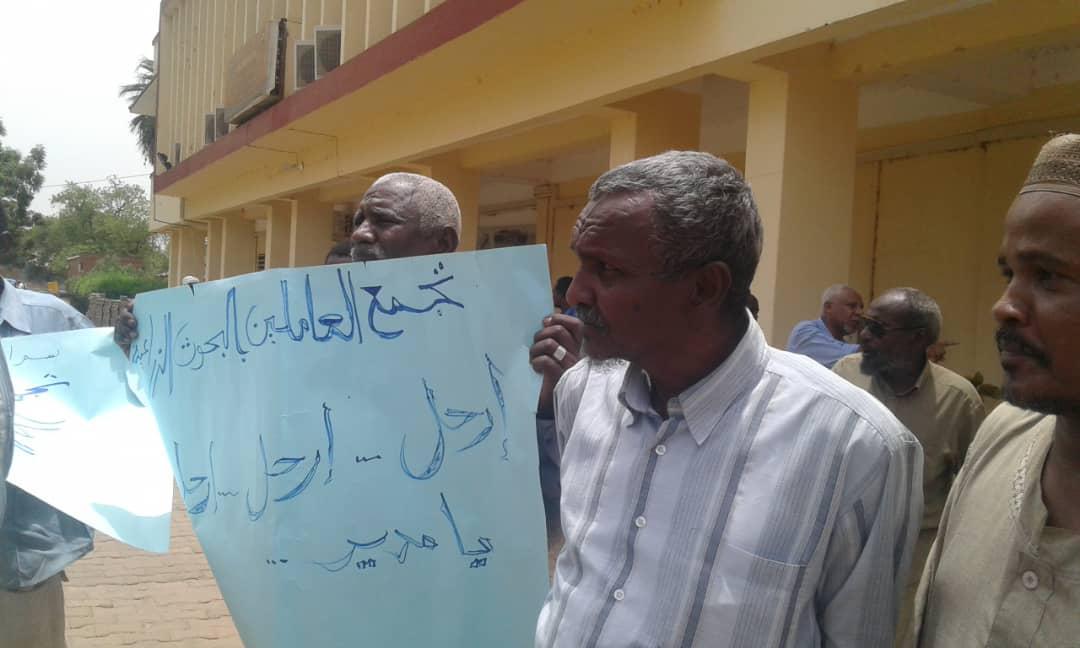 Medani, May 20 (SUNA) The workers of the Agricultural Researches Authority has protested Monday demanding the relieve of the authority’s director.

The head of the steering committee of the authority’s workers indicated in press statement to SUNA that the protest stand has included the workers, employees and the researchers of the authority in denial to the decisions issued lately by the direcotor, and demanding his step down from office.

He pointed out to efforts made with the director to revise the decisions that carries in its content a number of contradictions and personal concerns, noting the injustice they suffered. He said, "we handed the Director a memorandum containing our demands, and he promised to respond to our memorandum within the next two days and so we decided to implement this protest”, meanwhile, a number of workers have confirmed their (peaceful) protests.