FDFC to launch consultation campaign on negotiation with TMC 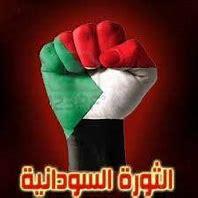 Khartoum, May., May 23 (SUNA) - The Forces of Declaration of Freedom and Change announced Thursday that it will launch a comprehensive consultation campaign with all the Sudanese people and the revolutionaries in the sit-in area to discuss its negotiation with the TMC.

The FDFC said in statement it issued Thursday that it will inform the Sudanese people on the outcome of the negotiations with the TMC concerning the transfer of power to a civilian government.

The statement has underlined that the two sides did not reach an agreement after two lengthy rounds of negotiations that resulted in the transfer of the negotiation to a joint technical committee to see other options in this connection.

The statement has outlined that the revolution continues and still has a lot of peaceful means of resistance including the political strike and the general disobedience.

‘’We will inform you through our media platforms of the agenda of the revolutionaries' debates, in which all the leaders of the forces of the Declaration of Freedom and Change will engage in a transparent and revolutionary method’’ the statement concluded.