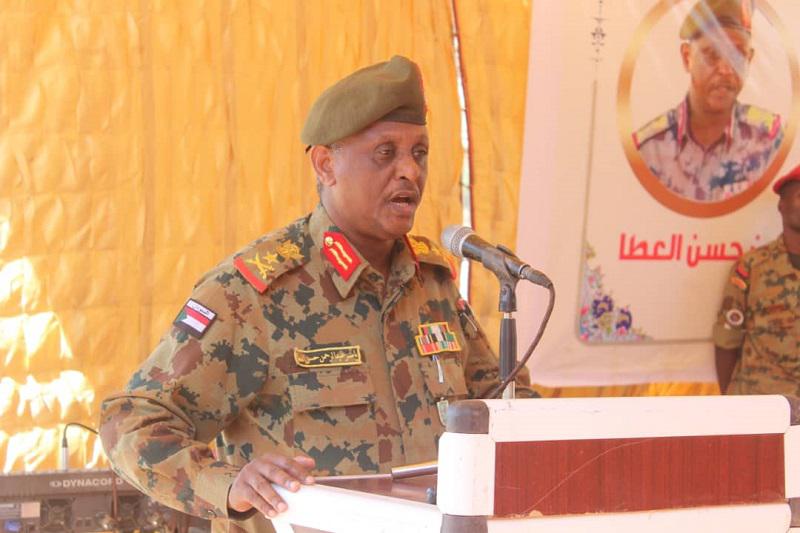 Khartoum, May 26 (SUNA) – Member of the Transitional Military Council, Gen. Yasser Al-Atta, has lauded the role of the Armed Forces in keeping security, maintaining stability and preventing bloodshed.

Addressing Sunday the officers, non-commissioned officers and men of Khartoum North Military Area, Gen. Al-Atta has affirmed the need to stick to good values, working for development of the homeland, discarding differences, avoiding the exclusion policy to preserve democracy, refrain from bias to a certain party in the interim period until setting of time for free and fair elections.

He affirmed the importance of re-building the Armed Forces to carry out its duties in keeping security and defending the homeland.

He accused some circles of attempting to instigate sedition between the security components, calling for alert to abort the attempts of the nation enemies.