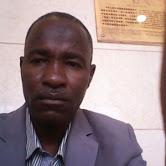 Khartoum, June13 (SUNA)-Free Will Movement, (FWM) has affirmed conclusive rejection of the Ethiopian envoy direct intervention in its recent statement regarding the negotiations.

The movement considered the statement as a process of imposing custody.

Moreover the movement rejected the exclusion of any party or movement in the process of democratic transition.

The movement said in statement of which SUNA has obtained a copy   that it deeply rejected the bilateral agreement between the Transitional Military Council (TMC) and Forces of Freedom and Change (FFC) pointing out to the 67 percent allocated for the latter.

FWM urged TMC to stand at the same distance from all political forces.

In addition the movement has reminded it has observed an intentioned ignorance to public livelihood and having been engaged in power struggle instead.