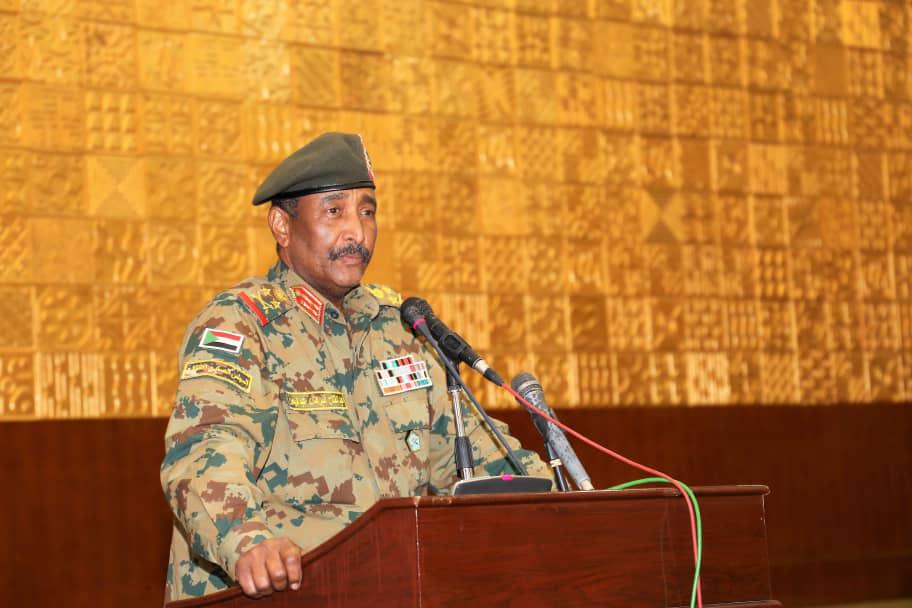 Khartoum, June 19 (SUNA) – Chairman of the Transitional Military Council (TMC), Lt. Gen. Abdul-Fattah Al-Burhan, has called on the Forces of Freedom and Change to resume negotiations as soon as possible, stressing the readiness of the Council to complete the dialogue.

Addressing a gathering of the employees in the health field Wednesday at the Friendship Hall, Lt. Gen. Al-Burhan said that the TMC calls on the Forces of Freedom and Change to resume the negotiations as soon as possible, welcoming open dialogue without exclusion of any Sudanese and that the solution shall be satisfactory to all categories of the Sudanese people and to prepare the atmosphere for free and fair elections.

Lt. Gen. Al-Burhan stressed that the Transitional Military Council will not let Sudan slide into strife and loss, stressing that the country can not afford to be without a government more than that and can not bear another coup.

He said that the Armed Forces is working to create an appropriate environment for freedom and fair and free elections for reaching peace.

He pointed out that what has happened at the sit-in area was regretful, adding that the TMC since the first day has promised not to break it because it was symbolic of the revolution.

The TMC Chairman said that much lies and rumors have been circulated on the field, indicating that the employees in the medical and health professions know how many persons have died and how they were killed.