Al-Burhan receives the Head of the EU mission in Khartoum 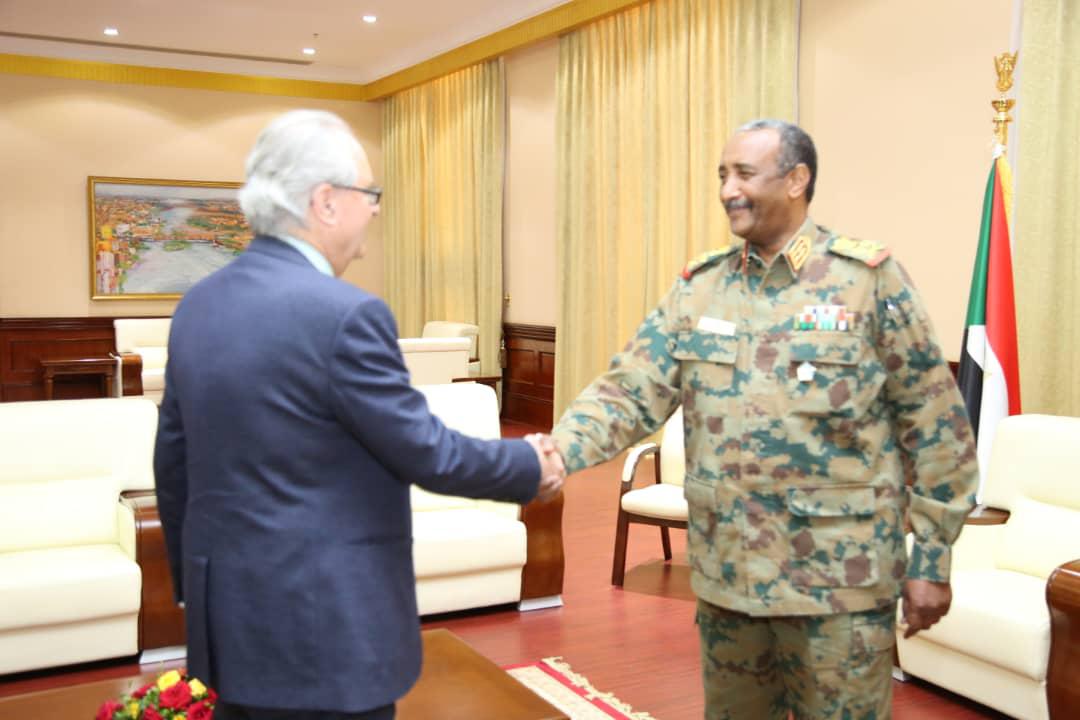 The meeting discussed the current political situation in the country and the negotiation process between the council and the political forces.

Ambassador Michel said in a press statement that the meeting dealt with the process of dialogue between the Military Council and the political forces on the arrangements for the transitional period and formation of the civilian government, describing the meeting with the TMC president as clear and frank.

Ambassador Michel said that the European Union encourages all the Sudanese parties to reach a settlement that puts Sudan on the path of peace, unity, democracy and prosperity.

He expressed hope that the parties would resume the dialogue after its stoppage following the events of June 3 and create the environment that allows quick access to formation of an agreed upon civilian-led government.

On the events of the sit-in, Michel said that Al-Burhan explained that the Council did not intend to break the sit-in, and that there are ongoing transparent and credible investigationsy in this regard