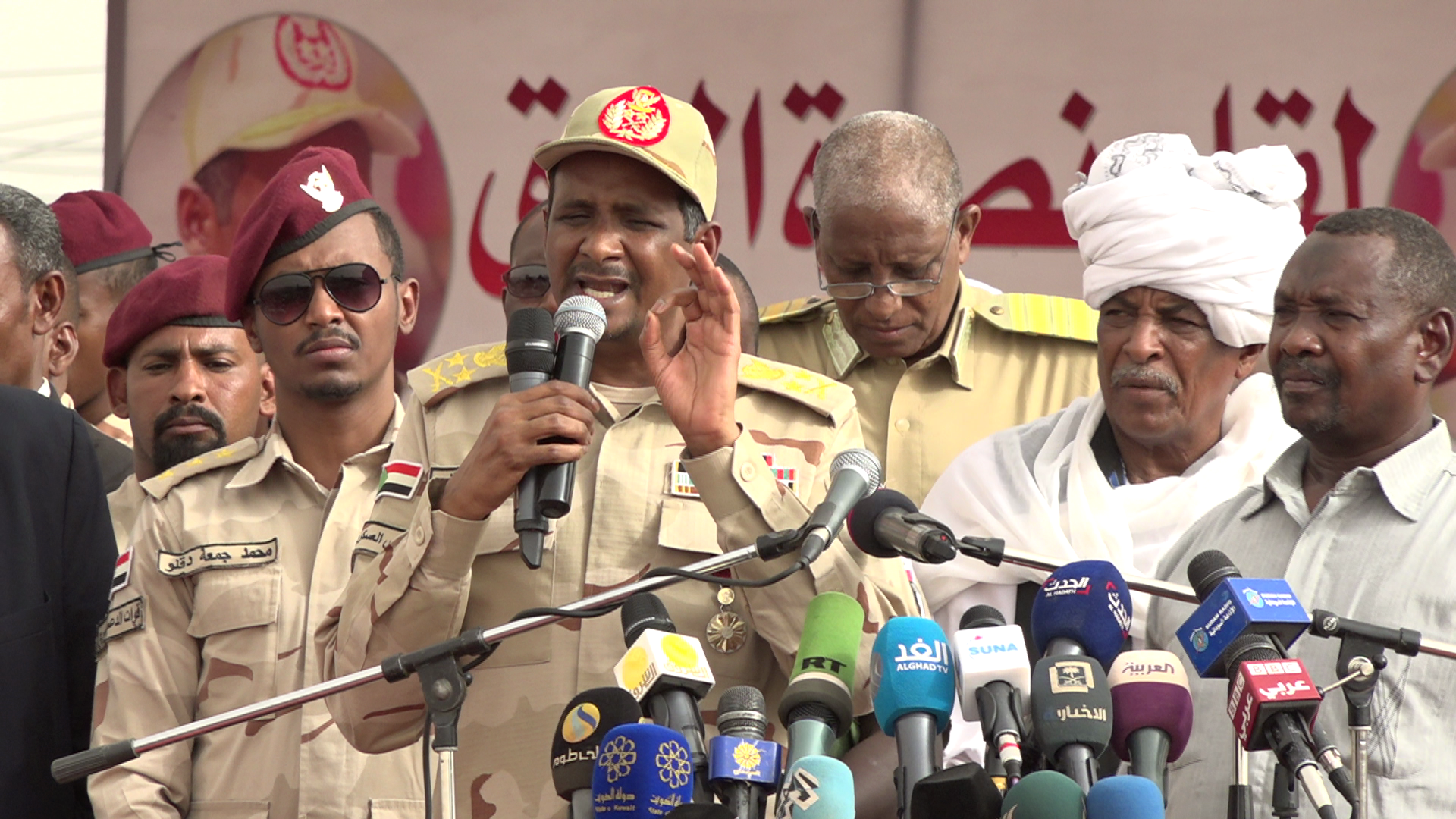 Khartoum, June 30 (SUNA) – Deputy Chairman of the Transitional Military Council (TNC), Lt. Gen. Mohamed Hamdan Daglo, announced the injury of more than eight persons, including three men of the Rapid Support Forces and more than five citizens, during the mass protests Sunday at the area of the Medical Corps.

He accused snipers inside the Youth and Children Palace in Omdurman of shooting the injured persons.

Addressing a mass rally organized by Kawhla tribe in the Eastern of the Nile Locality Sunday, Lt. Gen. Daglo hoped that an agreement between the people of one nation and another agreement of fair justice will be reached, adding the two parties have agreed on several items.

He affirmed that the tasks of the Armed Forces, the Rapid Support Forces and the Police forces include the protection of citizens and the peaceful revolution and combating those who trade on the citizens and attempt to sabotage the national economy.

He reiterated the TMC keenness to safeguard the country from seditions and problems.

Lt. Gen. stressed that the Council of Ministers will represent all the people of Sudan, without exclusion to any one during the transitional period.