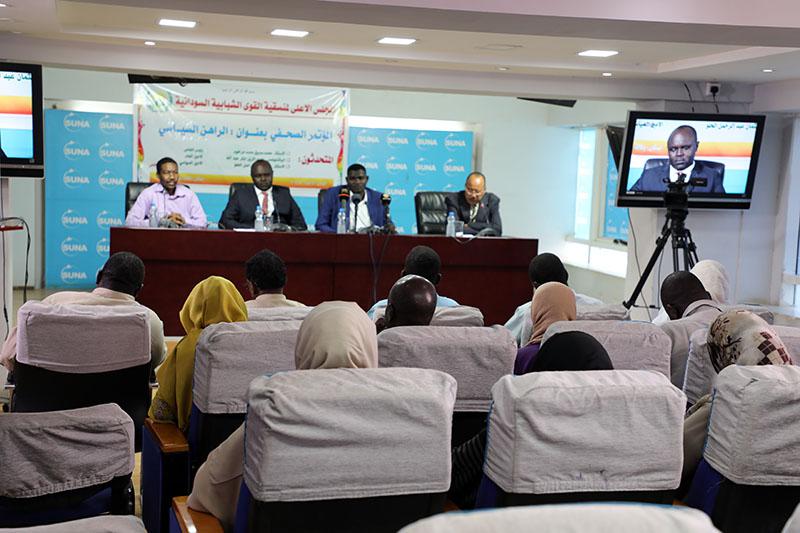 Khartoum, July 14 (SUNA) - The Foreign Affairs Secretary at the  Higher Council for Sudanese Youth Forces (HCSYF), Mohamed  Abdalla Ibrahim, has underscored the  importance of giving concern to the armed movements and their return to the homeland.

In his intervention at SUNA News Forum on the political situation Sunday, Ibrahim said that the  issue of th armed movements is one of the biggest obstacles led to deterioration of situations in Sudan.

The HCSYF Foreign Affairs Secretary urged the Transitional Military  Council (TMC) and the Forces of Freedom and Change (FFC) to put Sudan interest first in the top, indicating that Sudan has never enjoyed political, security, economic and cultural stability since its independence.

He noted that the situation requires giving concessions.

Ibrahim unveiled that  the HCSYF is communicating with the Sudanese youths abroad to contribute to the development process in the country.