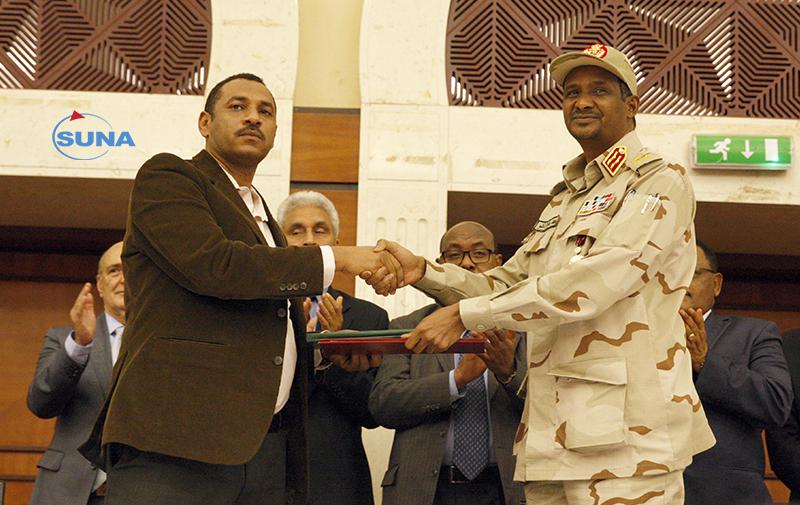 The deal was signed in presence  of the African mediator, Professor Mohamed  Al-Hassan Labbat, the Ethiopian mediator , Mohamed Dirir  and representatives  of local nad international media.

Lt. Gen. Dagalo said that the agreement will open wide the door for partnership with the FFC, whil professor Lebbat  described the agreement as a big gain for the Sudanese people and the Ethiopian mediator Dirir said the consensus was a decisive and significant step in progress of  the negotiations.