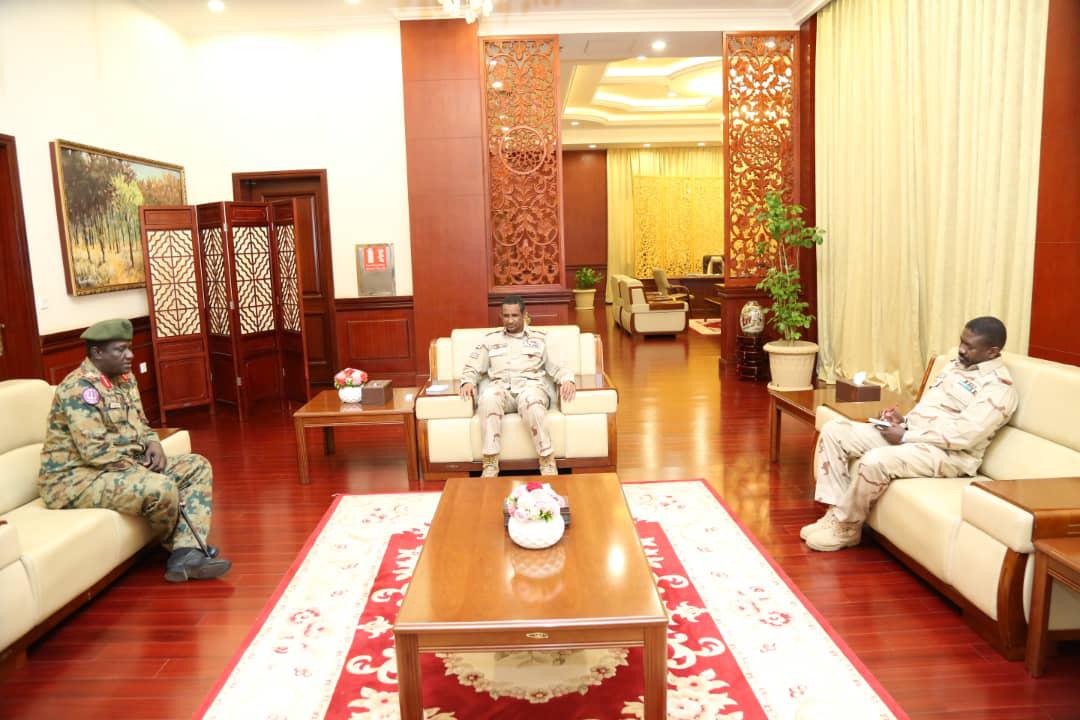 This came when  Daglo met at the Republican Place Tuesday with Wali(governor) of North Darfur State, Maj. Gen. Malik Al-Tayeb Khojali  who said in a press statement  that  the TMC Deputy Chairman  instructed    the state  to give  concern to agricultural season , opening routes  for  pastoralists  and preserving sites handed over  by UNAMID  to state authority recently.

He  stated  that  he briefed  the Deputy chairman of the TMC on  developmental projects  under establishment  in  the  state.

Maj. Gen. Khojali  said he extended invitation  to TMC Deputy Chairman  to visit the stated  and he promised to do so.