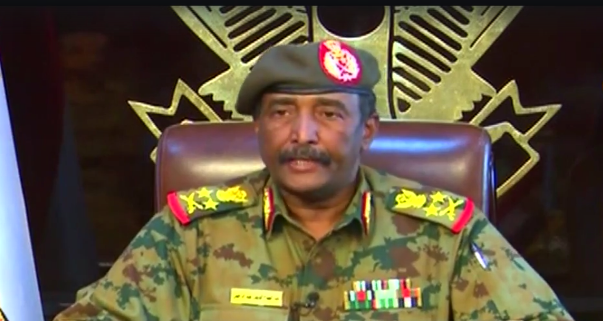 Khartoum, August 11 (SUNA) – The Chairman of the Transitional Military Council (TMC) Lieutenant General Abdul-Fattah Al-Burhan congratulated, in his address Sunday, the the people of Sudan on the occasion of Eid Al-Adha, adding that Eid Al-Adha came this year and the country was overflowing with joy after the political consensus on August 4. Lt. Gen. Al-Burhan said, in his speech to the Sudanese nation “In light of this new reality, we must renew the determination to reunite and prepare for a new phase of work, production and self-denial to a nation that in dire need of concerted efforts of all its people in all fields including construction, development and rehabilitation to achieve its supreme interests.'' The TMC Chairman affirmed that the challenges, including the economic situation, require everyone to protect what was agreed upon in the August 4th and to be ready to lay the foundations for the civil rule based on citizenship, freedom and justice to absorb everyone because Sudan is in the greatest need today to cohesion and solidarity to face the challenges and overcome all the reasons that weaken the Nation. Al-Burhan reiterated that there was no place today for the proponents of discourses of seditions, extremism and hatred. He praised the people of Sudan for their patience for all the hardships and severe crises. "Salute to the youth of the revolution for peace, freedom and justice," he said. Al-Burhan praised the People’s Armed Forces, the Rapid Support Forces and the General Security and Intelligence Service in all locations, who are safeguarding Sudan and ensuring its security. He also greeted the families of the martyrs and wished a speedy recovery for the wounded.