Constitutional document: General Intelligence is a body of information gathering 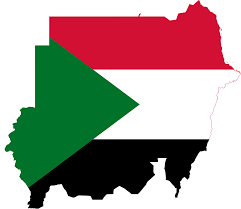 Khartoum, August 15 (SUNA) - The Constitutional Document for the Transitional Period, 2019, approved by the Transitional Military Council (TMC) and the Forces of the Declaration of Freedom and Change (FFC), stipulates that the General Intelligence Service is a regular organization specialized in national security and its tasks are limited to collecting, analyzing and providing information to the concerned authorities. The constitutional document stated in the Article (36) that the law defines the duties and functions of the General Intelligence Service and it is subject to the sovereign and executive powers in accordance with the law. Regarding the military tribunals, the Article 37 of the document states that "although the general jurisdiction of the judiciary, military courts may be established for the armed forces, the Rapid Support Forces, the police forces and the General Intelligence Service to try their staffs for violations of military laws, with the exception of crimes against civilians or on the rights of civilians, which are the jurisdiction of the ordinary courts of justice