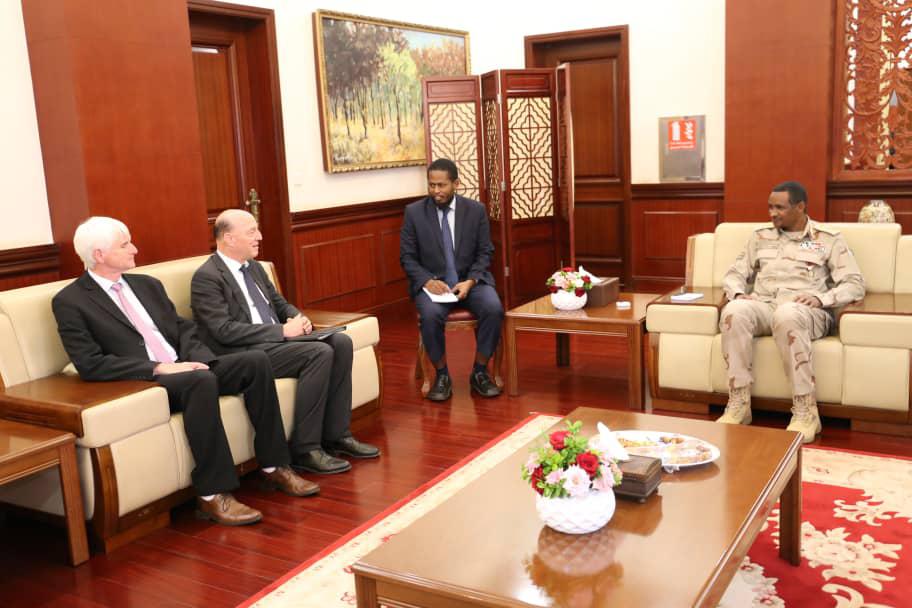 Khartoum, Aug.22 (SUNA) – The Member of the Transitional Sovereign Council, Lit.General, Mohammad Hamdan Daglomet, Thursday, at the Presidential Palace, the Deputy Chairman of the Relations and Economic Cooperation for East Africa in the German Parliament.

The German Ambassador to Khartoum who attended the meeting, has described the meeting as fruitful and useful, adding that the visit of the German official as important and came in important time for Sudan.

He outlined that the German official, during the visit, willget acquainted with the kinds of assistances that could extended by his country to Sudan.

The Ambassador has revealed that the German Foreign Minister is expectd to visit Sudan during the coming weeks.