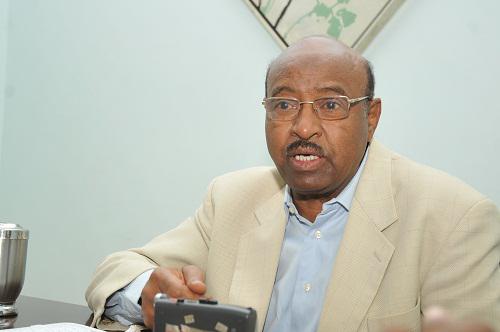 Khartoum, August 28 (SUNA) - The Secretary of Strategic Policies at the Sudanese Employers' Union Samir Ahmed Gasim has said that mismanagement and corruption during the former regime, government slack and multiple levies have exhausted the citizen and disabled the Sudan economy, which was looted by the former regime companies that were not committed to paying taxes or customs. Gasim said that the trade balance deficit was $ 6 billion annually as Sudan's imports value was $ 9 billion and its exports were only $ 3 billion, which is equivalent to the profits of the Adidas International Shoe Production Company. In a statement to (SUNA) on the sidelines of the workshop under slogan (Economic Reform Program: Challenges and Actions Required) in its second day, which came as an initiative of the professors of the University of Khartoum, the Secretary of Strategic Policies at the Sudanese Employers' Union added that the external balance deficit resulted in the collapse of the value of the national currency, which led to the suffering of the citizen.  He revealed to the inability of the former regime to benefit from 150 million acres of arable land and 120 heads of different animal resources as well as 79 kinds of minerals to build a strong economy that makes the country among the developed countries. Gasim called for the need to choose the competencies and specialists to lead the next stage, in addition to the involvement of the private sector in all economic policies, explaining the importance of the application of the e-government system to help speed decision-making, fight corruption, reduce sagging and link research centers to productive sectors as well as the linking of technology to production, especially agriculture, processing industries and minerals.