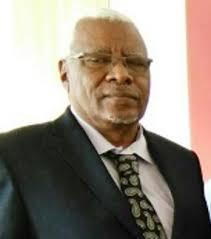 Khartoum, August 29 (SUNA) – In his working paper entitled "The Tasks of Fiscal Policy during the Transitional Period" he presented in (The Economic Reform Program  ... Challenges and the Required Procedures), which came as an initiative of the Professors of the University of Khartoum, Professor of Macroeconomics Hassan Bashir Mohamed Nour has called for the necessity to pay attention to the fair distribution of public expenditure during the transitional period, which dictates the adoption of key priorities for the public expenditures and their channels to reduce the differences in income among the different geographical areas. Prof. Nour pointed out that the fair distribution of spending would help in controlling the phenomenon of poverty, reduce it and help large segments of the community to play an important social and economic role, revealing that the spending is a tool of fiscal policy, urging focus on spending on public goods, services and social services as well as the defense and security with the need to give them their normal size. Prof. Nour stressed the importance of spending on services of an economic nature, which includes spending on government activities aimed at activating the business sector and support its competitiveness.