Prerequisites to restore confidence in banking system in Sudan 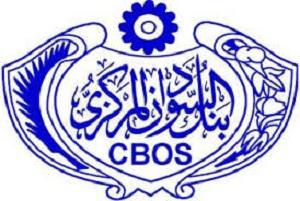 Khartoum, August 29 (SUNA) - Restoring confidence in the banking system cannot be achieved urgently at the moment, because it requires broad policies and procedures that have long-term effects, said Dr. Mohamed Kheir Hassan, the Dean of the Faculty of Economics and Political Science at Omdurman Islamic University. In a statement to (SUNA), Dr. Kheir called for providing banking services using modern and fast technology to serve all sectors of customers and expatriates in particular, urging the Central Bank of Sudan (CBOS) to support banks by opening investment fields, lifting restrictions and adopting strict policies to form banking entities with strong positions through the application of Banking Merging System. The Dean of the Faculty of Economics and Political Science at Omdurman Islamic University said that the creation of attractive banking services and increasing the margin of seriousness (installment advance payment) on Murabaha will support liquidity in the banking system, referring to the need to introduce measures that are fair in allocating or distributing the profits of depositors with the adoption of financial and moral incentive systems for both customers and employees, who contribute to attract deposits to their banks, referring to the need to activate the capabilities of the Deposit Insurance Corporation in order to deepen confidence in the banking system, stressing the need to continue policies to curb inflation and work to harmonize fiscal and monetary policies . Dr. Kheir summarized the reasons for loss of confidence in banks in the instability and volatility of monetary and fiscal policies and fear of the erosion of funds as a result of increasing inflation rates, in addition to low banking awareness in many areas of Sudan, besides the lack of customers confidence in the confidentiality of their deposits, particularly in relation to their fear of disclosure to the Tax Chamber.  Dr. Kheir pointed out to the existence of good investment opportunities in Sudan with a higher return than the profitability of the banking system in the areas of transport, land, real estate and speculation in foreign exchange in the parallel market, in addition to some customers' fears of past policies and negative experience during the change of currency and society's view of banks on the grounds that they have a riba-based legacy and a focus of embezzlement. Moreover, the lack of distinctive and attractive banking services as practiced in some countries at the regional level and the fluctuation of foreign exchange policies, he added, revealing that big currency denominations helped in storing the national currency outside the banking system, in addition to the severe restrictions imposed by the Central Bank on the credit operations.  As a result of the lack of foreign exchange in the banking system and the unbalanced spread of the banking system, particularly in the productive areas such as the areas of animal resources production, the banking system was unable to meet the withdrawals of customers from the public and private sector and to feed their ATMs. He also pointed to other reasons including the increasing embezzlement and forgery of accounts in some banking institutions, the inability of the banks to provide large amounts of banknotes by imposition of ceilings on withdrawals, delay in cashing checks and return some of them despite the existence of sufficient balance due to lack of cash negatively affects their clients. The exchange rate fluctuation and the loss of the national currency to its function as a store of value led to a lower marginal propensity to save. He pointed to the political packages that might have been directed by the Bank of Sudan (which it has denied) and intended to control the exchange rate of the Sudanese pound, referring to the CBOS restrictions on customers’ withdrawal from their bank deposits, expecting that such measures may limit speculation in the parallel market.