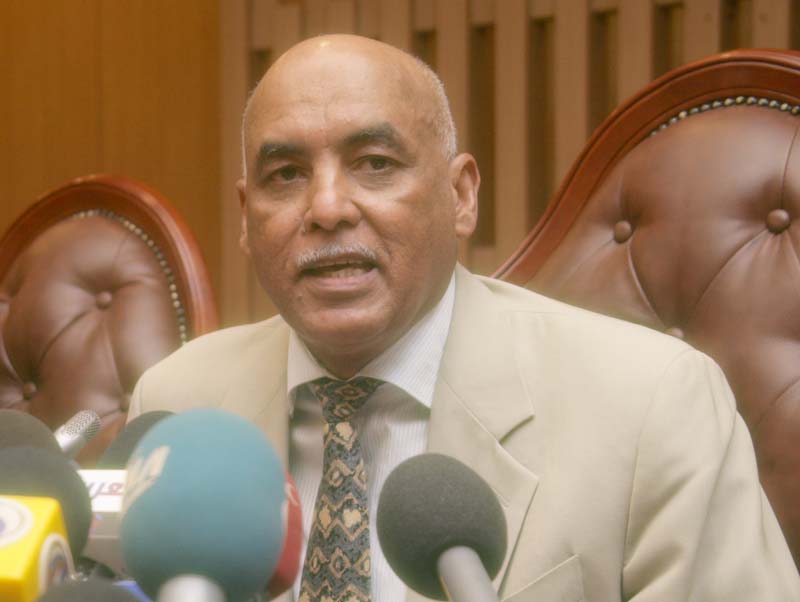 Khartoum, May 17(SUNA)-The Sudan UN Permanent Envoy, Ambassador Omer Dahab has called for distance from actions that could undermine peace and security in Abyei area , affirming that the Interim Administrative and Security Arrangements for Abyei signed on 20 June, 2011, which was the basis for all Abyei arrangements including deployment of United Nations Interim Security Force for Abyei ( UNISFA) was pivotal . The Ambassador said in his statement before sitting of the UN Security Council on UNISFA , that the agreement would remain in effect until the final status of Abyei is determined . He renewed commitment of Government of Sudan to implementation of all deals signed with Government of South Sudan , top of which is Abyei Protocol, calling the Government of South Sudan for constructive engagement to establish institutions the 2011 agreement stipulated. The Sudan Envoy to UN called for looking at Abyei issue within framework of Sudan-South Sudan relations and developments of internal situations in the two countries , stressing that stability of Abyei and Sudan-South Sudan borderline completely depends on implementation of the 2011 deal and the Cooperation Agreement. It worth mentioning the Security Council unanimously adopted in this sitting its resolution (2416) extending UNISFA mandate for six months. Sa/sa