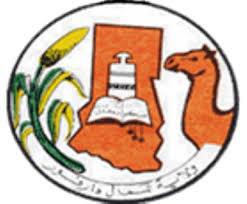 Al-Fashir, Sept. 5 (SUNA) - The United Nations Organization for Project Services   (UNOPS) has affirmed its full continued cooperation with the government of the state of North Darfur in order to implement the joint water crossings projects in the state.

This came during a meeting held by the Director General of the state’s Ministry of Infrastructure and Urban Development Al Mahi Sheikh Mohamed, Thursday, with the delegation of the United Nations Organization for Project Services (UNOPS) sector of North Darfur, headed by Mrs. Julia, the Director of the water project in the organization, in the presence of the Director of Roads and Bridges Department of the state Eng. Seiful -Yazal Abdul Majid.

The meeting has extensively disscussed the progress of the implementation of a number of water crossings in El- Fashir city, in addition to discussing the progress of work in water and environmental sanitation programs and projects.
The Director General of the Ministry of Infrastructure has praised the efforts exerted by the organization to support services and development projects in the state, stressing the importance of cooperation and coordination.

The director of the ministry’s roads and bridges department, accompanied by the (UNOPS) delegation have inspected a number of crossings including the neighborhoods of Shala, Al-Nasr and Abushok to assess the current situation and determine the future vision on how to re-operate.