Cooperation between Sudan and Brazil in meat field 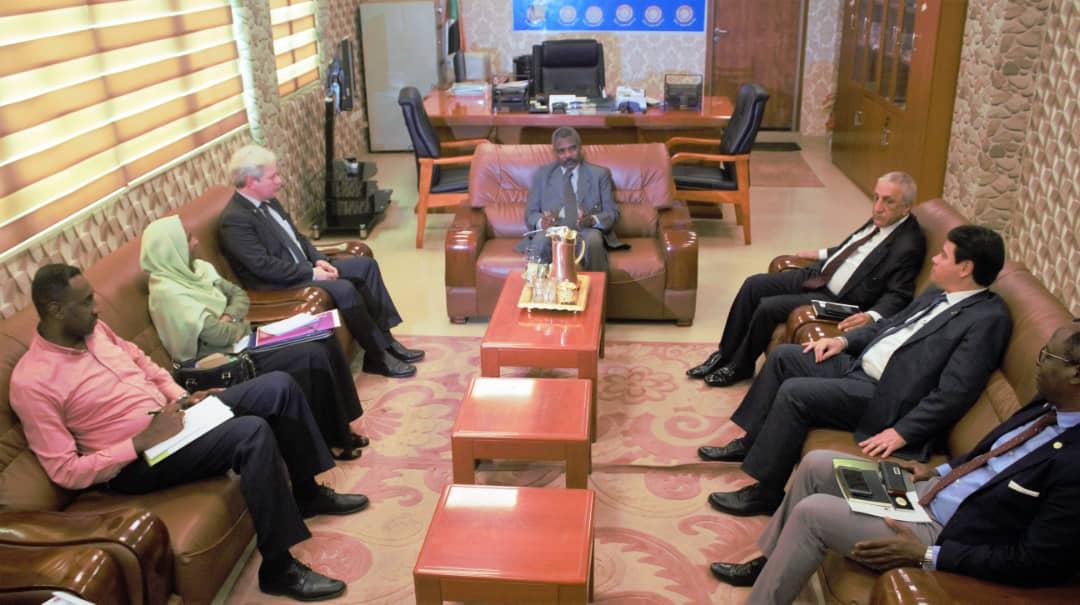 Khartoum, Sept. 10 (SUNA) – The Acting Undersecretary of the Ministry of Animal Resources Dr. Ibrahim Hassan has discussed with a Brazilian economic delegation the strengthening of cooperation between the two countries in the commercial and industrial fields in the animal resources sector, particularly meat and fish farming. Dr. Hassan said, in a meeting with the delegation headed by the Consul of Sudan in Sao Paulo, Brazil, Mohammed Hussein Al-Zoghbi, the adviser of the Brazilian Ministry of Trade and Industry and the Halal official at his office in the ministry, that the relations between Sudan and Brazil were developing in various fields, especially in the animal resources sector. The Acting Undersecretary of the Ministry of Animal Resources said that Brazil has advanced experiences in the field of meat processing and that Sudan can benefit from it in promoting Sudanese exports through meat processing and taking advantage of the slaughtered waste to benefit from the added value of animal products. Dr. Hassan pledged to provide assistance and overcome all difficulties with the concern parties to activate the cooperation agreement between Sudan and Brazil, especially in the promotion and development of export vessels in addition to the establishment of modern slaughterhouses. For his part, the Brazilian Industry and Trade Adviser stressed the strength of relations between Brazil and Sudan, pledging to work for the development of these relations, especially in the areas of animal resources as Sudan enjoys a huge and diverse animal resources.  The Brazilian official said that the aim of the visit to Sudan was to explore investment opportunities in the meat industry.