Expert Calls for Patience With State of Law 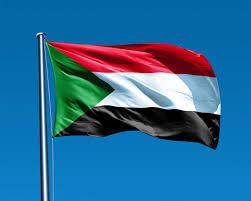 Khartoum, Sept14(SUNA)-Lawyer and legal expert, Mohamed Abdalla Wad Abok called  the Forces  of Freedom  and Change (FFC)  to be patient  with state of law and respect  the  constitutional document which decided on numerous  issues, saying playing role of governor  and opposition as the same time was destructive  to experiment of  transformation and transition being led  by FFC government.

Wad Abok said if  Hamdok government failed  due  to lack of favorable  climate  for work  would mean failure of FFC   and would go further  to mean  collapse of the experiment as a whole.

He added FFC stik to unity  and cohesion towards  Sudan’s interest , acceptance of others  and distance from exclusion  would enable FFC  to cross  to the other  bank of the river.

Wad Abok  called  for overcoming the political  and intellectual contradictions  inside  the FFC coalition  via adherence  and respect of law  and desist  from  acts which bring problem s and putting barriers before the government.