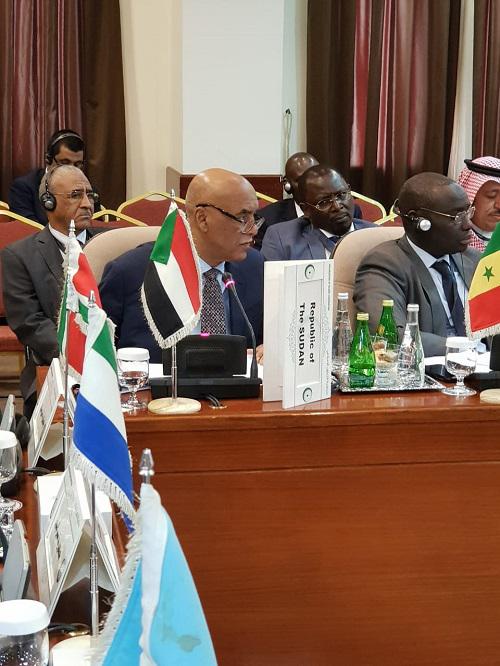 Khartoum, Sept.15 (SUNA) – The Foreign Ministry's Undersecretary, Ambassador Omar Dahab, participated Sunday in the emergency meeting of the Islamic countries’s Foreign Ministers which held at the headquarters of the Jeddah-based Orgnization of Islamic Cooperation Organization OIC).

The meeting which was called for by the OIC Secretariat General and initiated by the Saudi Arabia on its capacity as the current chairman of the OIC session has strongly condemned the recent statements issued by the Israeli Prime Minister regarding his intention to annex the Jordan Valley and the occupied West Bank to the Israeli territories once he wins the next elections.

Addressing the meeting, Dahab has lauded the Saudi Arabia for its call for holding the emergency meeting, affirming Sudan’s firm stance in supporting the legitimate rights of the Palestinian people according to the international resolutions.