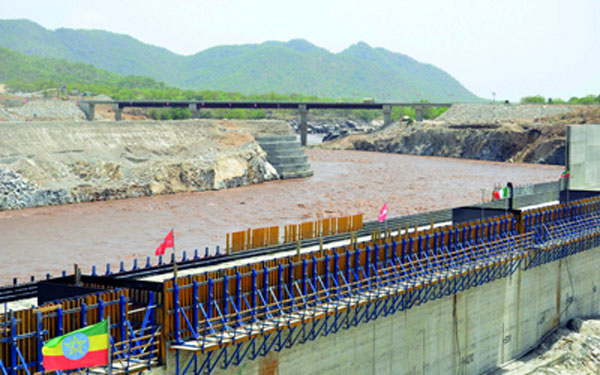 Khartoum, Sept. 17 (SANA) - The meetings on the Ethiopian Renaissance Dam were held in Cairo during 15-16 of the current September at the level of ministers of water resources, in the presence of the members of the National Independent Scientific Research Committee. The meeting praised the research committee's scenarios for filling the dam lake. The meeting dileberated one the business of the research committee and the way of submitting new proposals from the three countries Sudan, Egypt and Ethiopia to fill and operate the dam. The participants agreed on a specific agenda to be discussed at the next meeting, where proposals will be submitted by the three countries in light of the findings of the research committee in its previous meetings with a view to improving the outputs of the committee's work at the next meeting, which is scheduled to be held on September 30 in Khartoum. The minutes of the meeting were signed by the three ministers. The delegation of Sudan to Cairo was led by the Minister of Water Resources and Irrigation Professor Yassir Abbas.